Clerestory windows: the secret to having a naturally bright and airy home

Living in a bright and airy home has a ton of benefits. For example, studies show that exposure to natural light can improve your mental health and overall well-being. So, if you want a well-lit home, consider installing clerestory windows.

A clerestory window is a large window or a row of small windows placed near the top of a wall, usually below the roofline. They let in tons of light and improve ventilation in a room without compromising privacy.

In this blog, we’ll tell you all about why you should consider installing clerestory windows in your home. We’ll also share some interesting examples to inspire you. 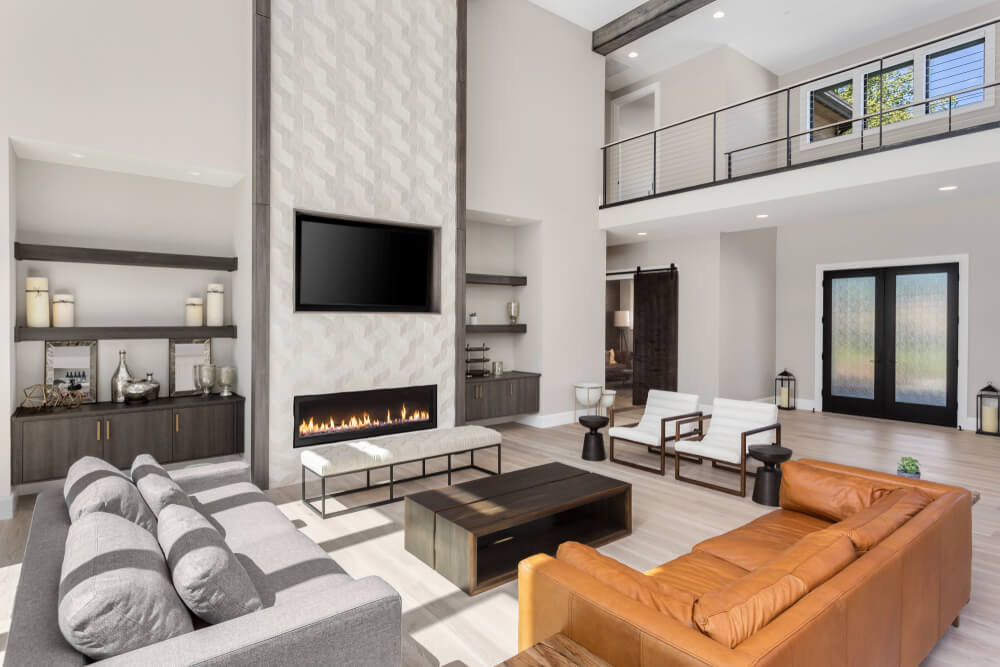 What are clerestory windows?

Dating back thousands of years, clerestory windows (pronounced as kleer-staw-ree) were once popular architectural elements in Gothic churches, European palaces, and Egyptian temples. In fact, the word “clerestory” refers to the upper level of a church or cathedral. It describes how an entire story of height was “cleared” to bring in natural light.

When placed directly under the eaves of a roof, these windows give the impression that the roof is floating and hovering above the walls. This illusion of “flying in the heavens” is the reason this architectural element was extremely common in religious buildings. 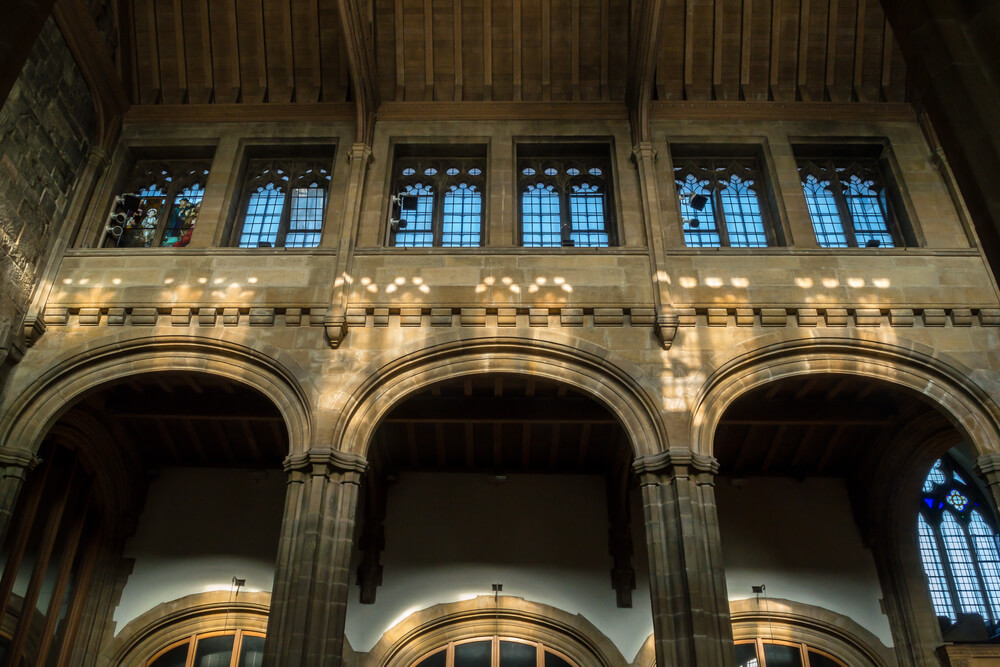 It’s widely believed that American architect Frank Lloyd Wright was the one who adapted ceiling-high windows into residential architecture. In 1893, he designed the Winslow House, which had second-story windows underneath wide overhanging eaves, as seen below: 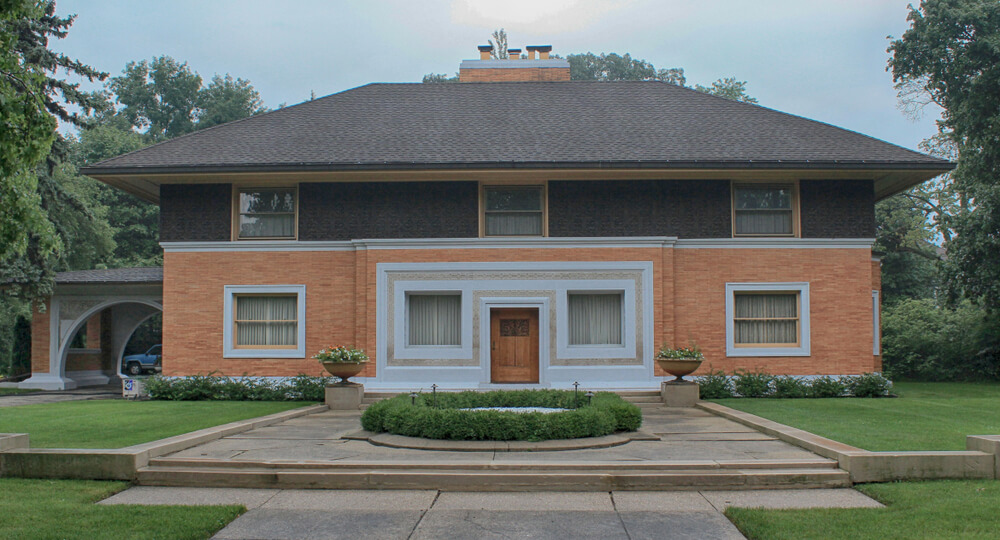 Another historic design by Wright features a row of clerestory windows in a residential setting: 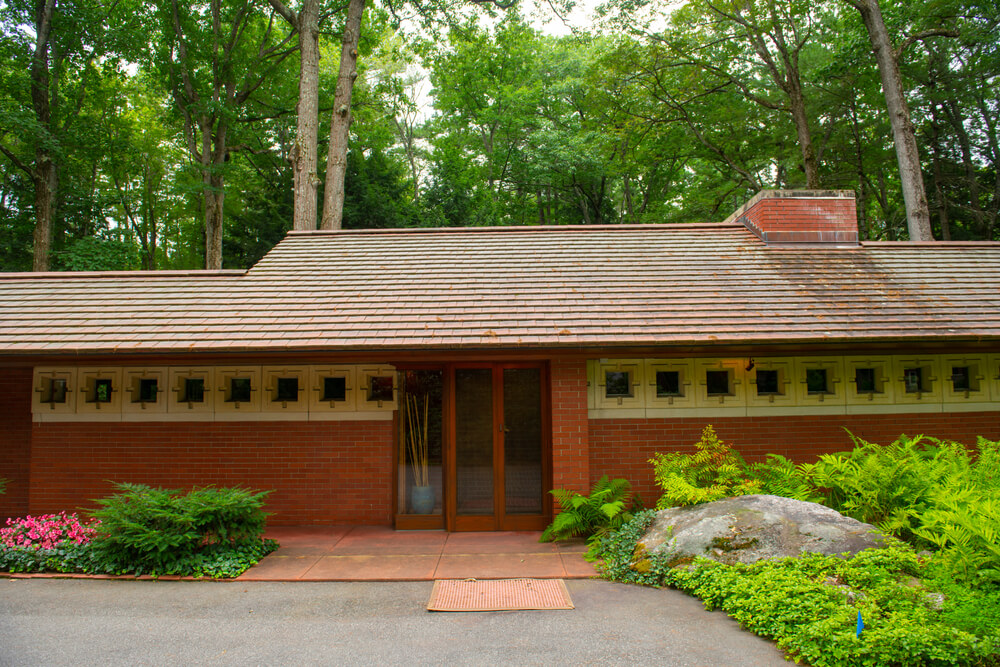 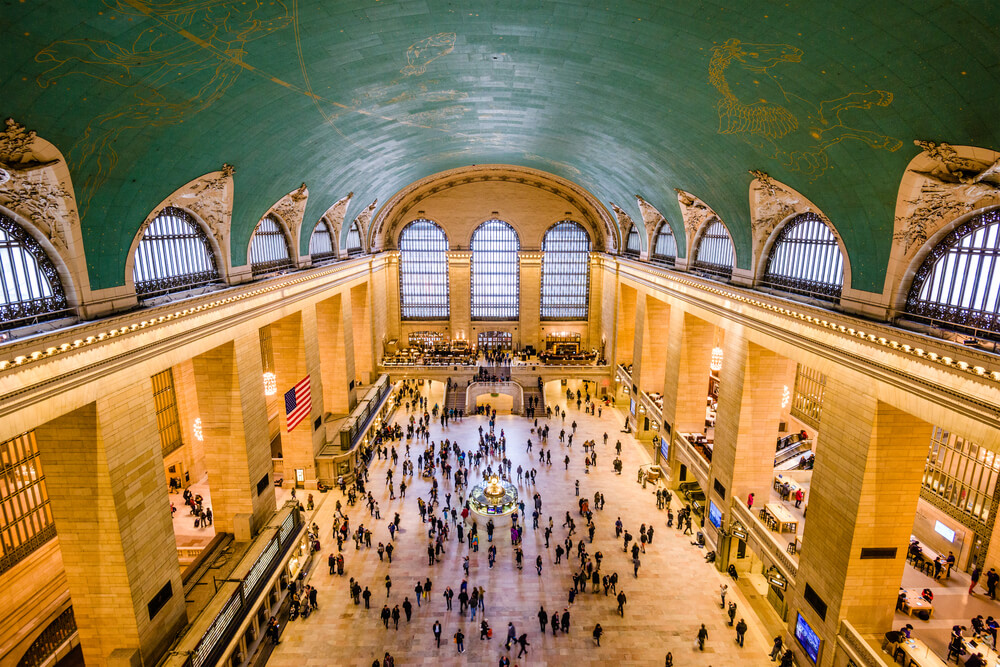 How do clerestory windows work?

Before air conditioning became common, clerestory windows were mainly used for ventilation. But in modern times, they’re usually added to homes and commercial buildings to brighten up rooms without adding glare.

Regular eye-level windows usually let in harsh direct sunlight. On the other hand, clerestories let in diffused, ambient light. So, they brighten up rooms without heating up the space. That makes them extremely useful if you’re interested in passive design.

As for aesthetics, placing windows high above allows you the freedom to use more wall space. This is especially common in modern libraries, where wall space is essential for bookshelves. Clerestory windows are also quite common inside gymnasiums and train stations to illuminate the expansive indoor area. 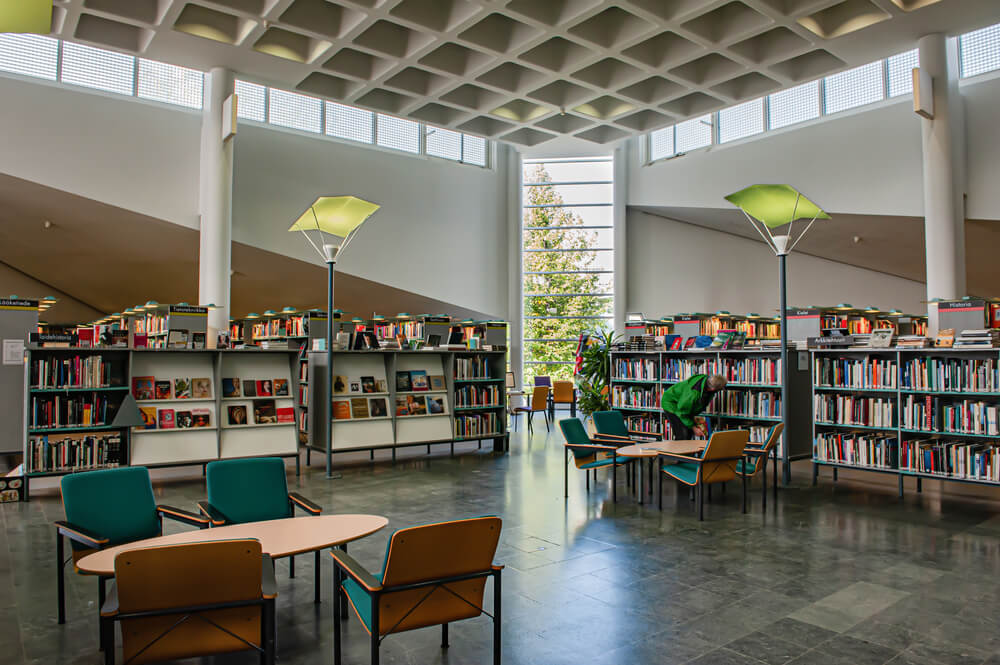 Some modern clerestory windows cannot be opened. This style of window is only designed to brighten up rooms and cannot be used for ventilation. 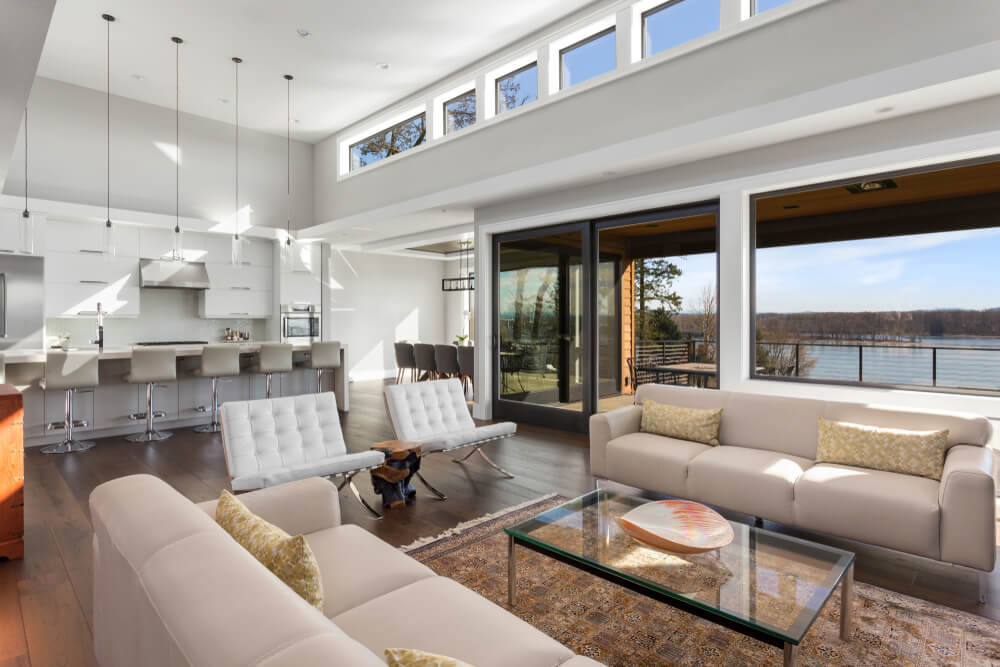 Some types of clerestories can be opened to bring in a cool breeze or let out hot air. They usually open from the bottom like awning windows or from the top like hopper windows. Since clerestories are situated near the ceiling, you’ll need to use a ladder each time you open or close them.

Clerestories can slant to fit the shape of pitched roofs. They can also cover only one side of the pitch. 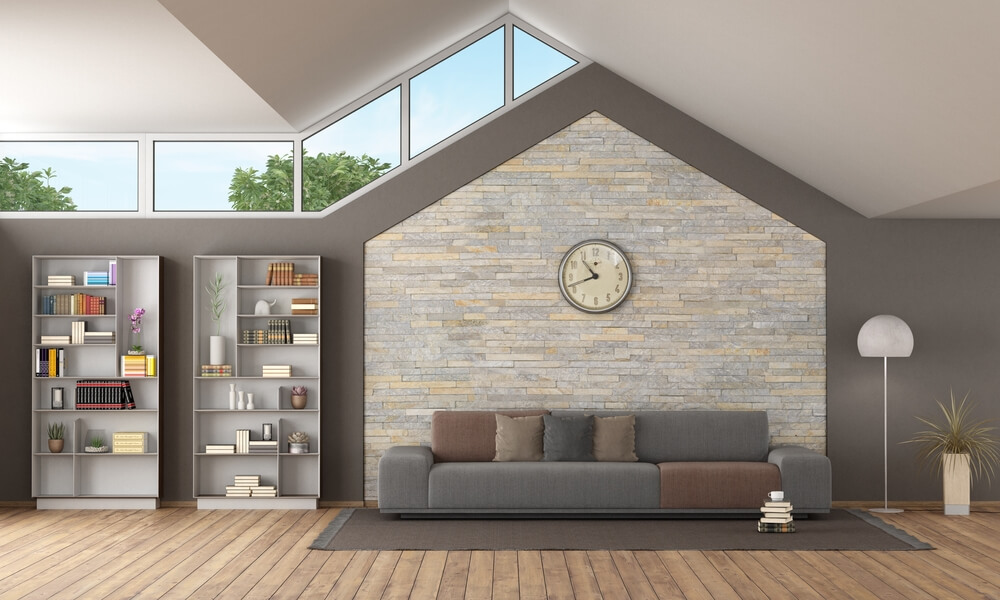 Just like pitched clerestory windows, inclined windows adapt to the shape of the ceiling. Inclined clerestories are usually found in homes with skillion roofs. 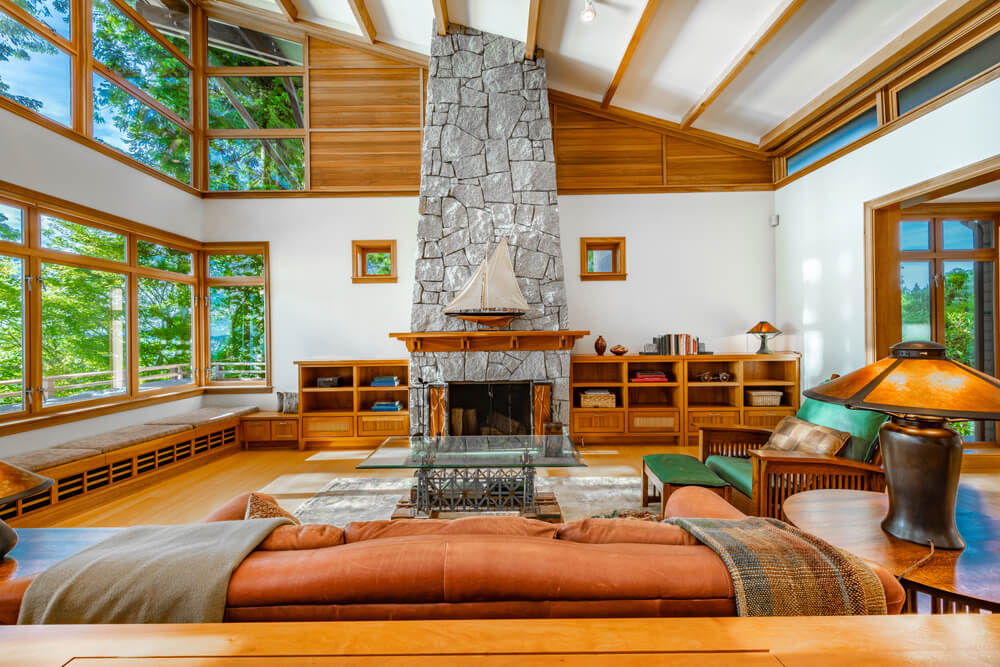 Continued clerestories are large pane windows that run above regular windows or sliding doors. They’re excellent for creating spaces with an indoor-outdoor feel. 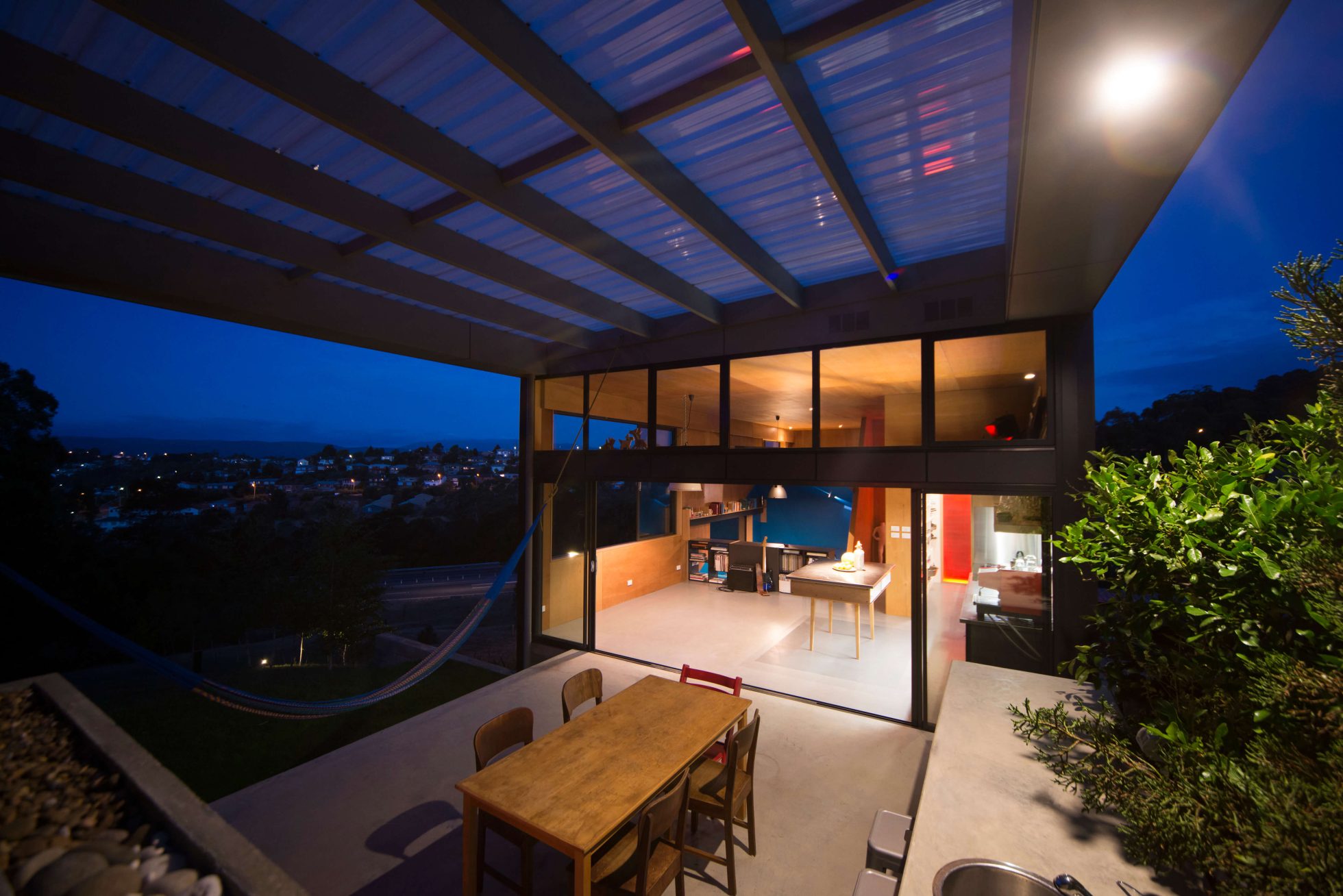 Arched clerestories were quite common in cathedrals, but they’re now they’re also used in homes. Instead of slanting windows that run parallel to a pitched roof, arched clearstories simply follow their general outline. 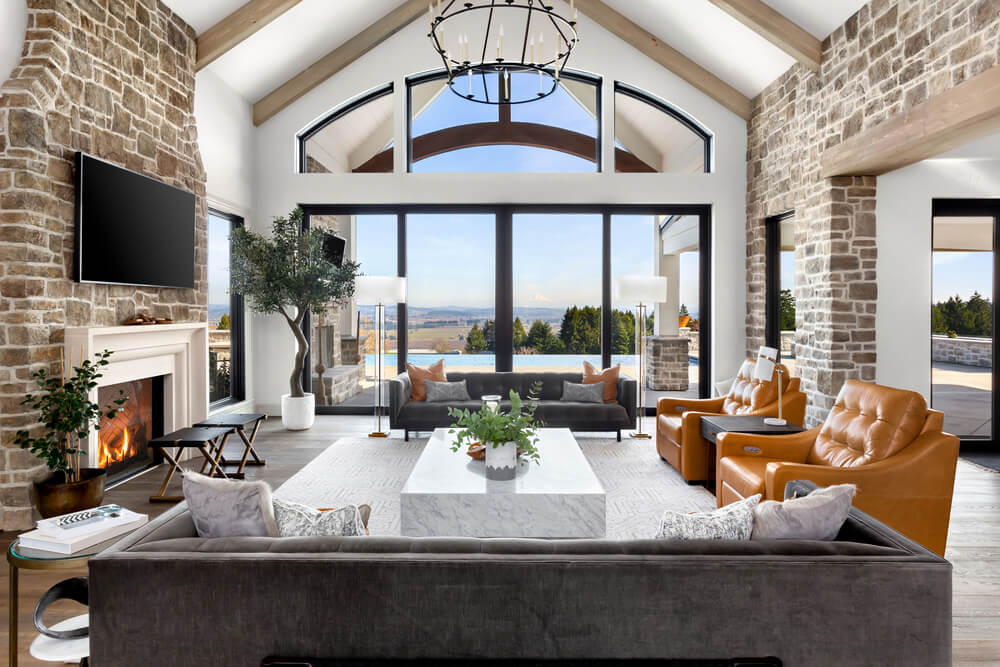 Clerestories are sometimes mistaken for transom windows, which are installed above doorways. This type of window is quite common in Queenslander homes. 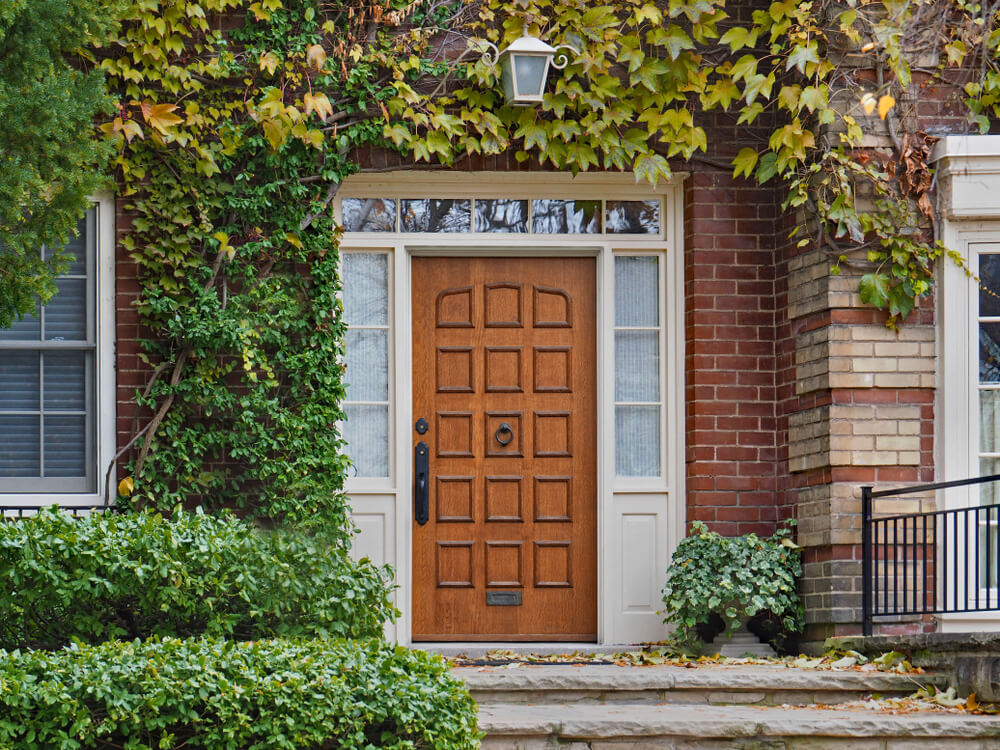 Which direction should clerestory windows face?

In Australia, it’s best to have north-facing clerestories so that you can maximise sunlight during the winter. However, your house has to be designed to block out the sun with eaves or other types of shading in the summer. 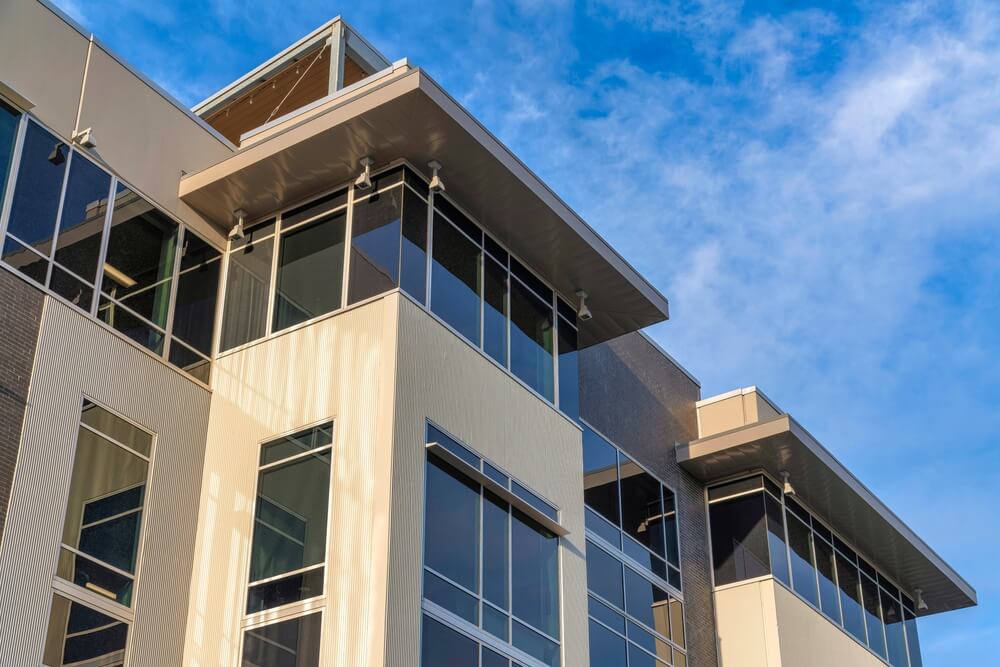 Where should you put clerestory windows?

The living room is one of the most common places to put clerestory windows. They can complement the function of sliding doors, just like the one below. 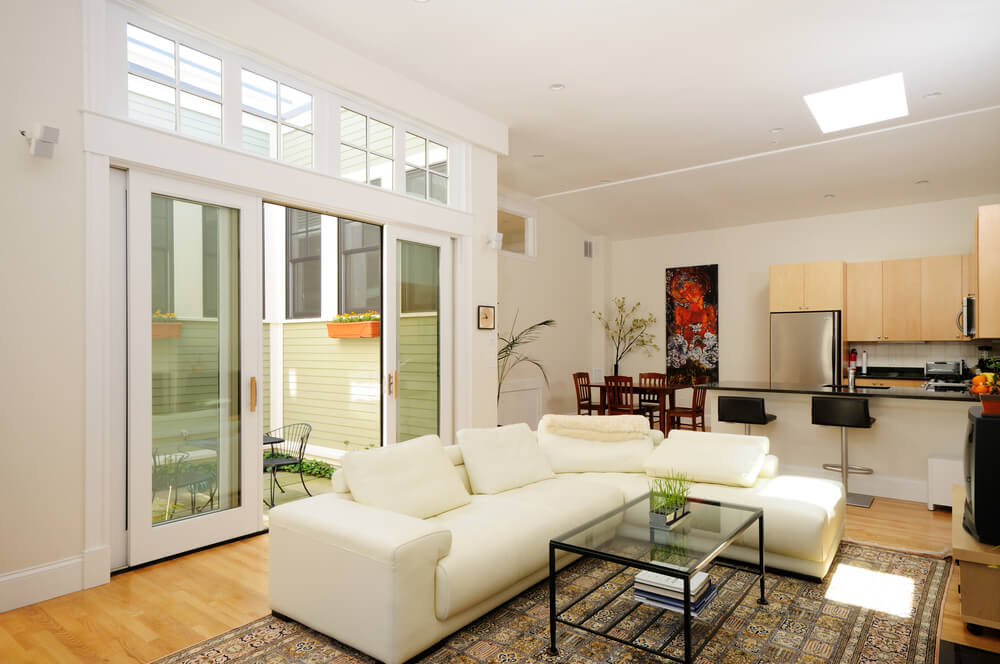 Clerestories can also be added to both sides of the room to maximise natural light:

Kitchen walls are usually used for storage, leaving little wall space to install regular, eye-level windows. But with a clerestory window, you can illuminate the space and improve ventilation while using the entire wall space for cabinetry. 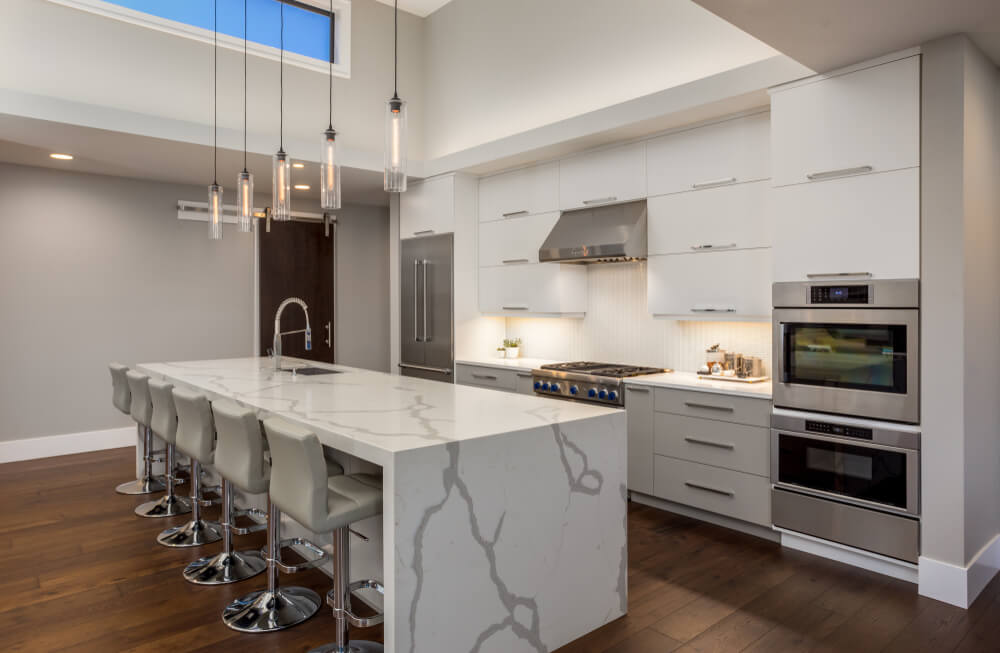 If you have low kitchen ceilings, you can install clerestory windows above them, just like in this example: 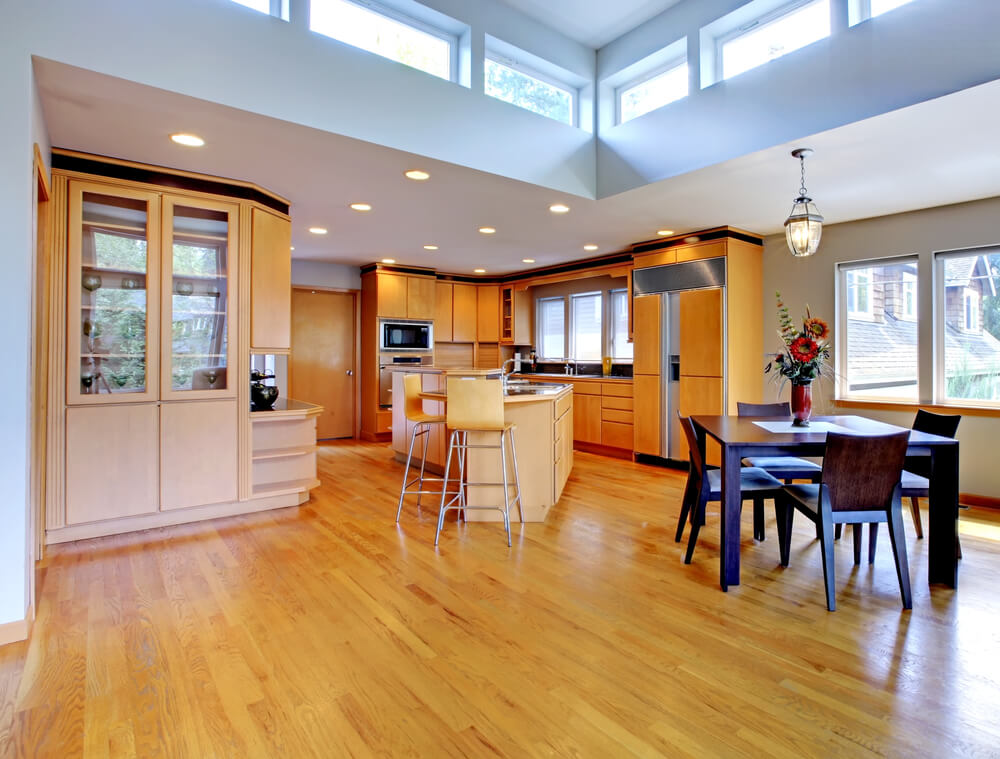 Installing a clerestory window inside a bathroom is a clever way to illuminate the space while maintaining privacy. This is extremely useful if you have a bathroom that’s facing a neighbour’s house or a busy street. 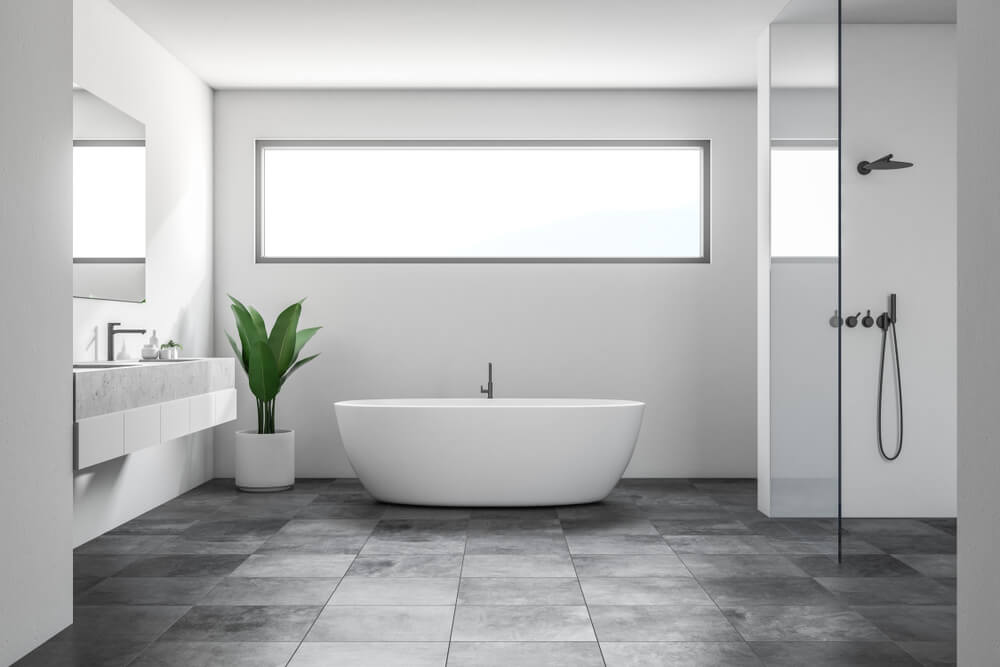 Adding clerestory windows inside the bedroom allows you to brighten up the room, even if you have to close the curtains for privacy. 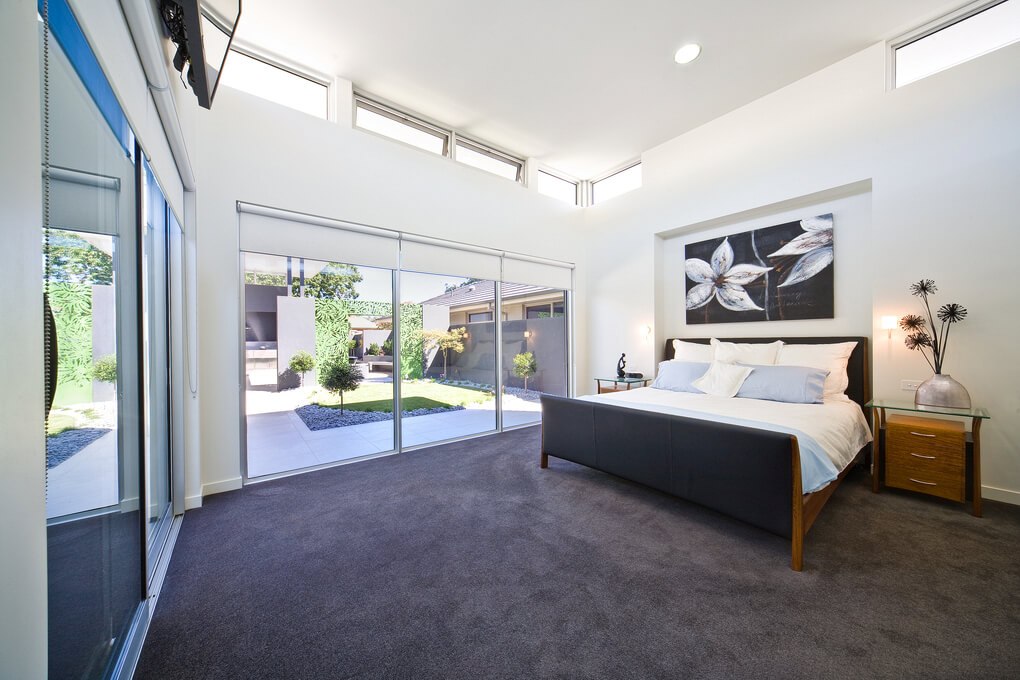 Clerestories are commonly found in sunrooms, together with large floor-to-ceiling windows. They run parallel to the roof to maximise natural light. 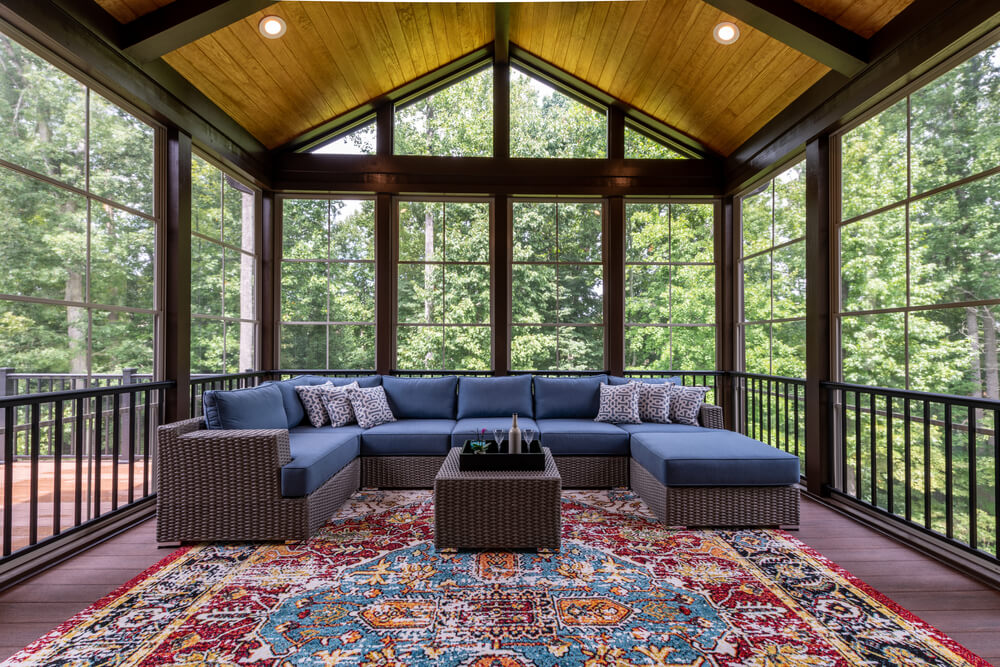 In circular sunrooms, they can also run along the circumference: 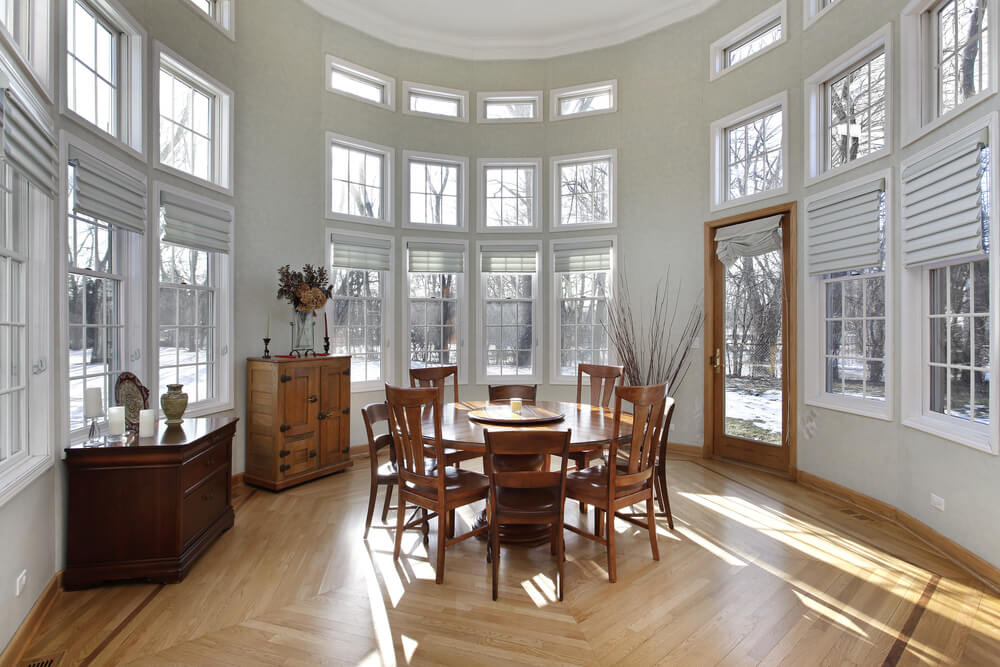 How much do clerestory windows cost?

Installing clerestory windows costs between $1,000 to $5,000*, depending on the size, the materials, and the glazing. Customised clerestories may also cost more.

To get a clear idea of how much your home improvement project will cost, ask us for a free quote. You can also use our platform to find a qualified building designer or draftsman who can help you plan your renovation.

*Rates are only rough estimates. 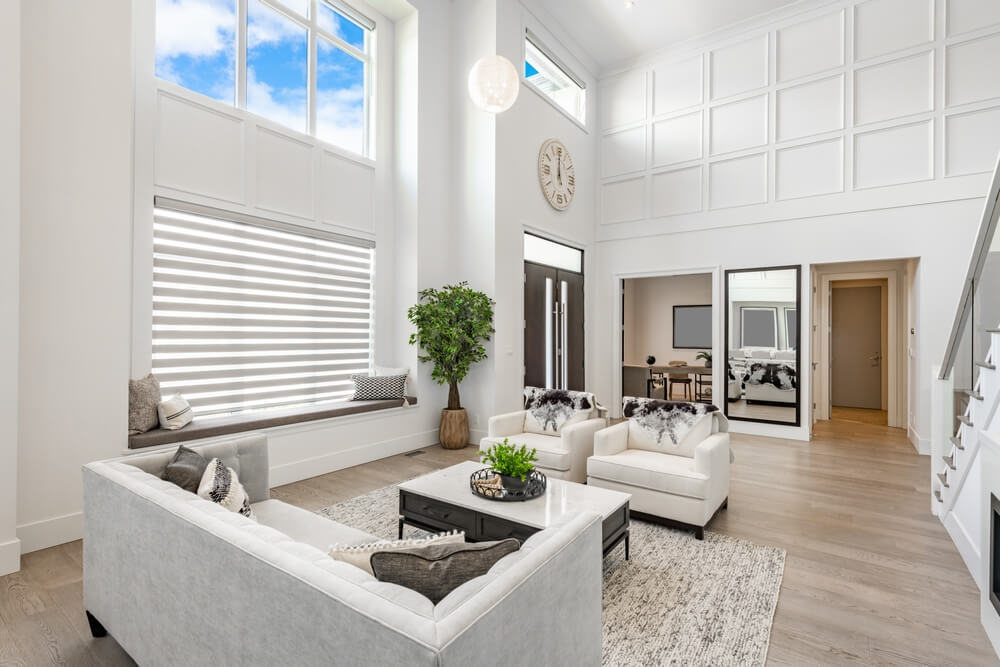 Installing a clerestory window can dramatically alter the interior of a room. It brings in tons of ambient light while also letting in fresh air. The best part is that it can accomplish all of these without taking up too much wall space or compromising your privacy.

Consider installing these windows for your next home improvement project. Whether you’re planning a small makeover or a full home renovation project, Superdraft can help. Using our platform, you can:

17 modern bay window seats that are perfect for your...

6 Kinds of window blinds to choose from

Everything you need to know about vinyl window and door...