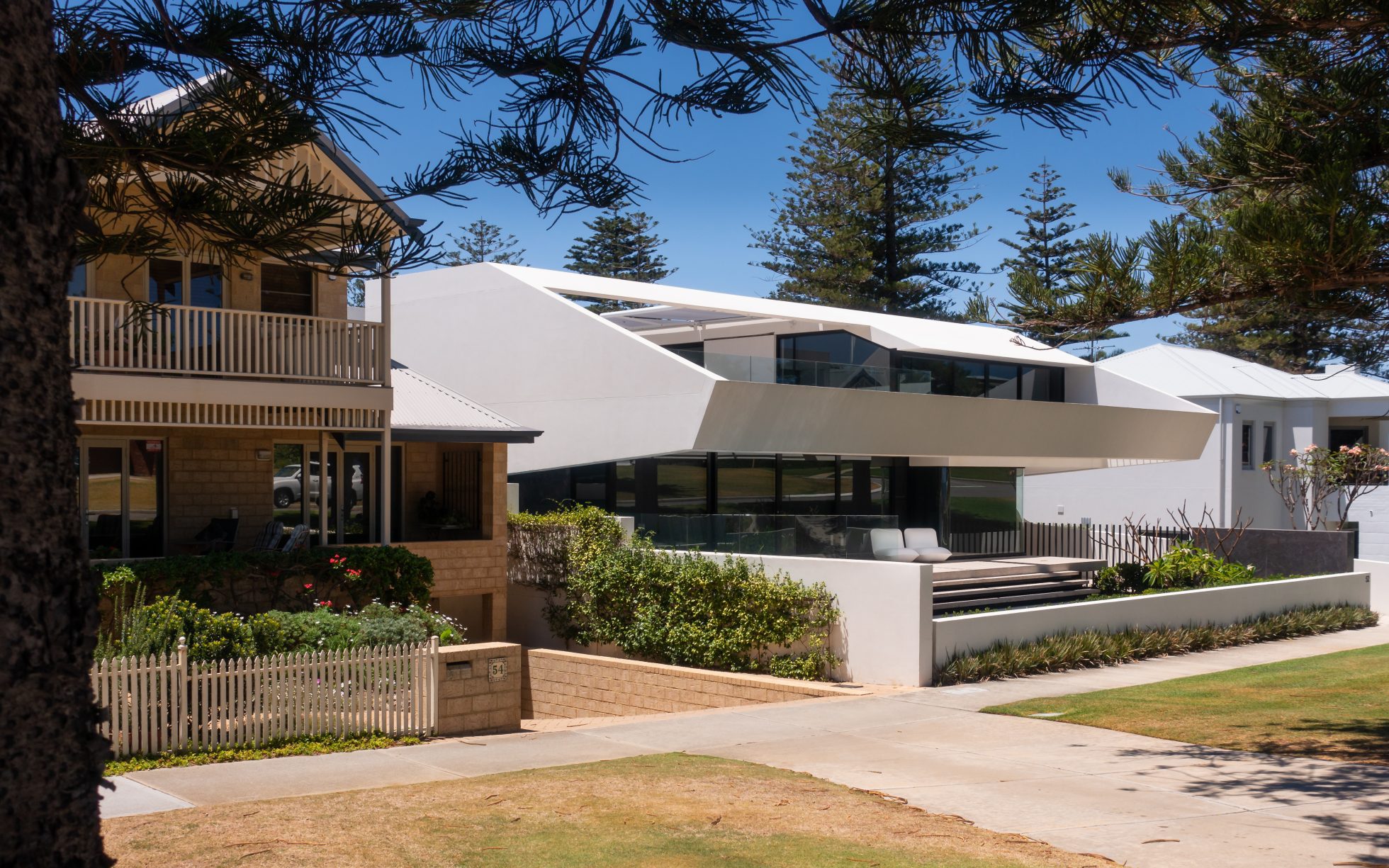 Expressionism – A design movement brought about by the new technical possibilities offered by the mass production of novel or new materials like glass, concrete, steel, and brick. Expressionist architects often use distorted or fragmented design forms to express an emotional perspective.

Constructivism – A modern architectural design that appeared and flourished in the Soviet Union in the 1920s. It uses 3D cubism to depict abstract and non-objective elements. It rejected bright and colourful palettes and experimented with the effects of light and movement in its designs.

Minimalism – Minimalist architecture abides by the principle that the best way to reveal the true essence of architecture is to condense the content and form of a design to its bare essentials. A minimalistic home banks on simple design and shuns ornamentation or decorations.

Mid-century modern – A twentieth-century architectural design that uses clean lines and muted curves. It uses open floor plans to allow indoor and outdoor spaces to complement each other.

Elements of modern architecture in homes 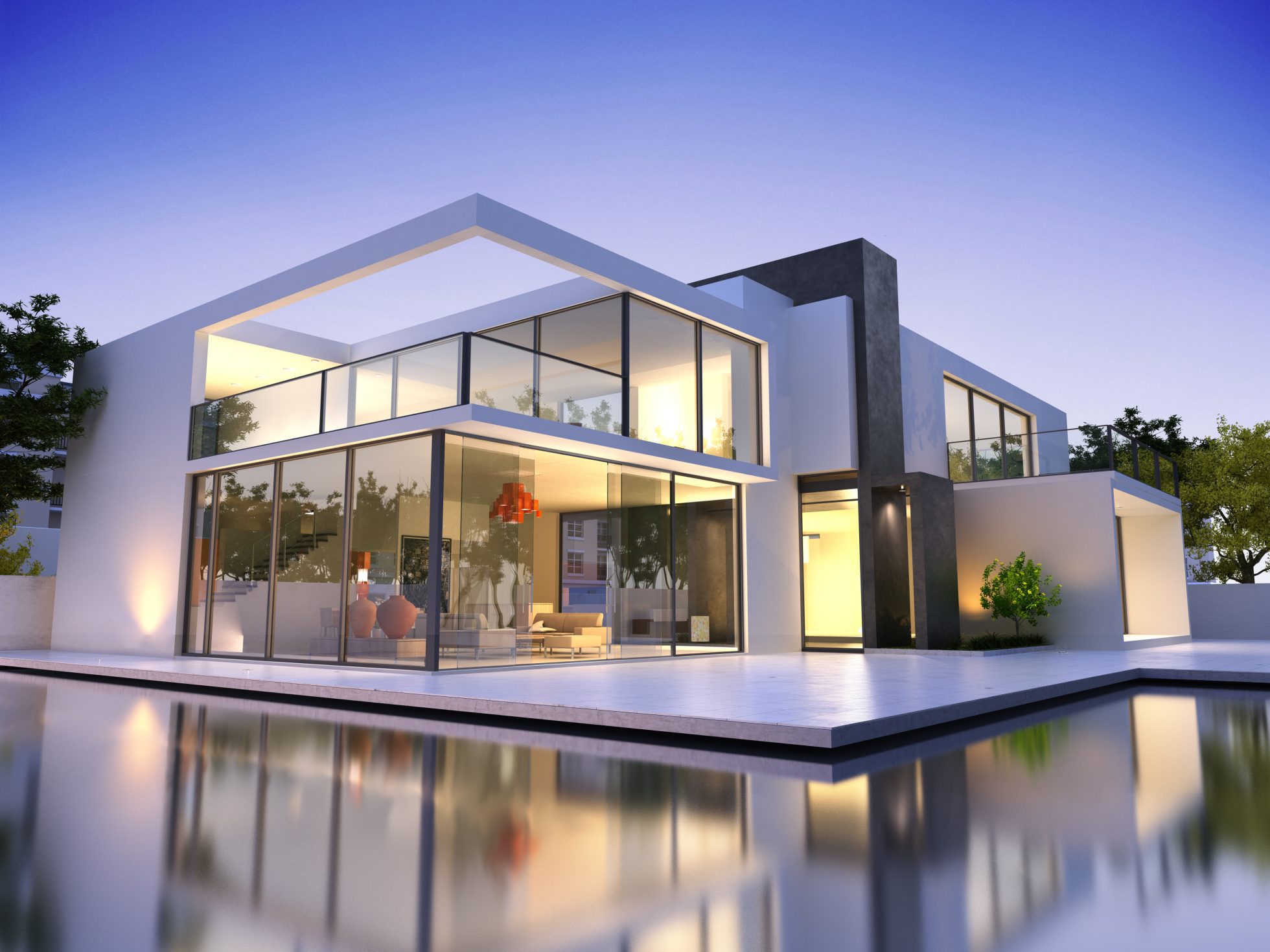 Best materials to use for modern architecture homes

Check out our Inspiration Gallery for modern home designs where concrete was used. We feature some great brands like YDL Stone, Caesarstone, and more.

Steel is another modern building material that is as common as concrete. The use of steel as a building material is one of the reasons why we have skyscrapers in major metropolitan areas. Structural steel forms the backbones of tall buildings and allows building designers to erect tall structures. However, the use of steel is not limited to the frame of tall buildings. The strength, durability, and malleability of steel make it an excellent material for making windows and doors. Steel is also a common material for hardware like door handles, handrails, cabinet handles, and others.

Glass is a popular material for windows and allows homeowners to enjoy the view of their surroundings from the safety of their homes. This material allows natural light inside homes while preventing the entry of insects and protecting occupants from harsh weather conditions. You can also use glass in making skylights, doors, and walls. However, be mindful of the type of glass you use for your windows. Some glass windows are more thermally efficient in keeping your home interiors warm even if the outside temperatures are freezing. 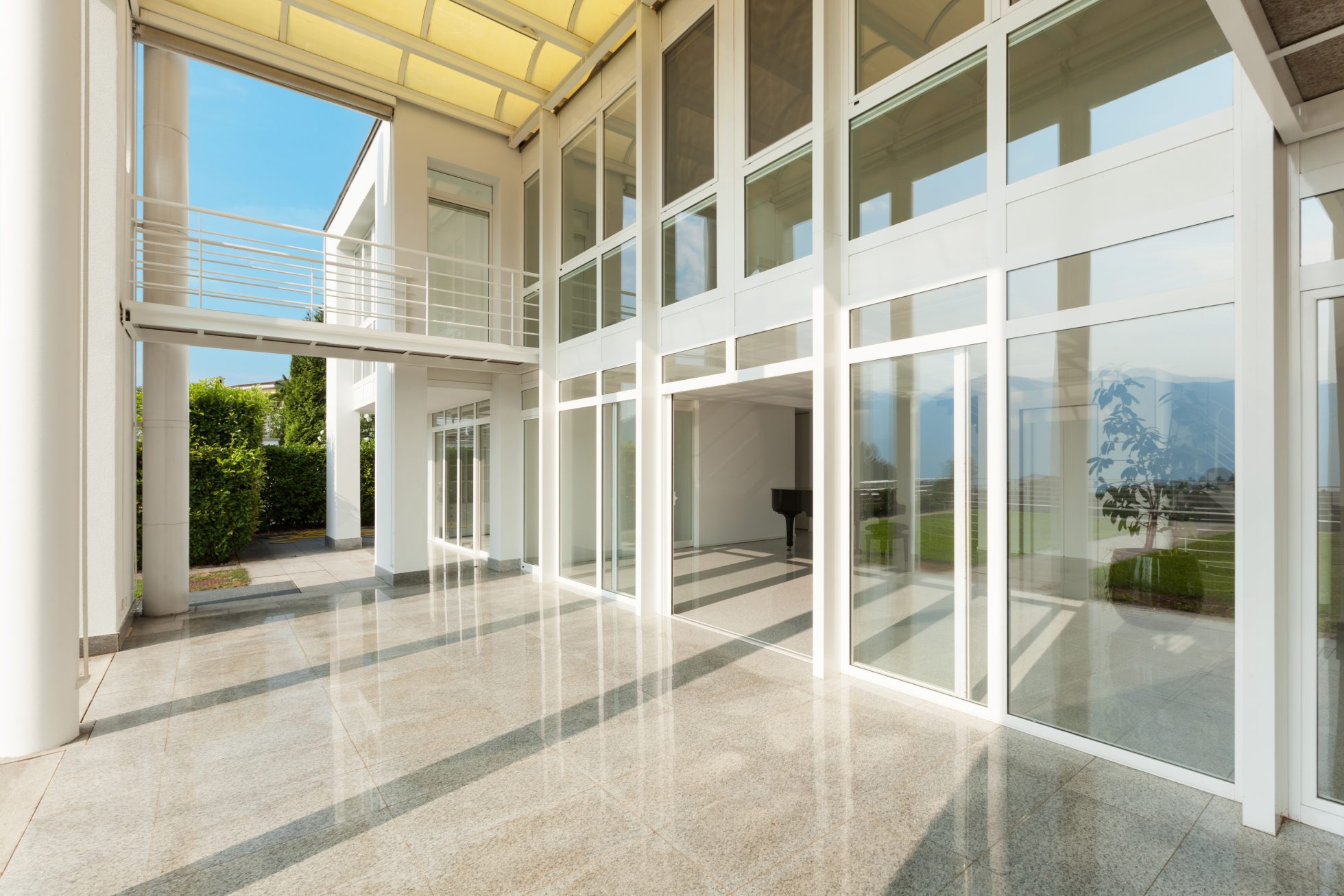 Modern architecture focuses on functionality while espousing the use of modern materials, and you can use these principles to renovate your kitchen. If you don’t have a kitchen island, get one with a marble countertop. A marble kitchen island gives you more space to prepare your meals and can act as a breakfast nook. Take advantage of a marble countertop with an amazing patina for an eye-pleasing kitchen island. Marble resists stains, so there’s no need to worry about blotches and stains while cutting fruits, vegetables, or meat.

Marble is cool to the touch so try pairing it with a warm material like wood. Use natural and unstained wood for your kitchen cabinets and shelves to add a warm natural element to your kitchen. Instead of staining your wood cabinets, highlight the natural wood grain using a natural oil finish.

This is one of the simplest and most budget-friendly ways of renovating your home to make it more modern. If your living room sits beside your garden, open your living room by replacing concrete walls with floor-to-ceiling windows or glass walls. This will make your living room roomier and brighter because of the abundance of natural light. This is also a practical renovation idea because it allows you to expand your living room square footage if needed, like during parties or family events. 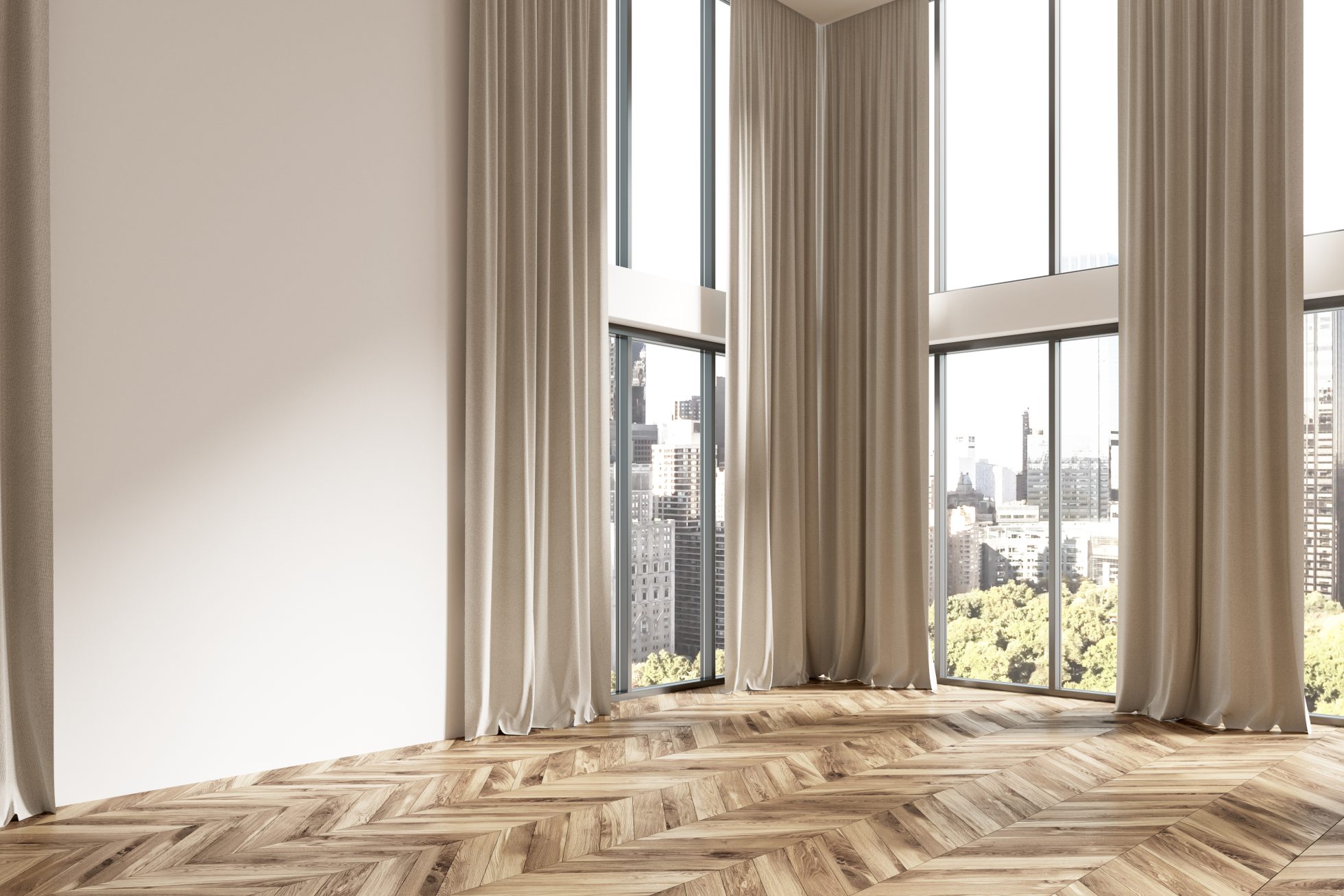 If you want an elegant modern bathroom, renovate your bathroom and replace your colourful bathroom tiles with marble that oozes elegance. The patina of marble adds to the aesthetics of bathrooms, so they look magnificent without the need for additional adornments.

You can elevate your modern bathroom by constructing a pocket garden right outside your bathroom, so you have a harmonious marriage between the indoors and the outdoors. 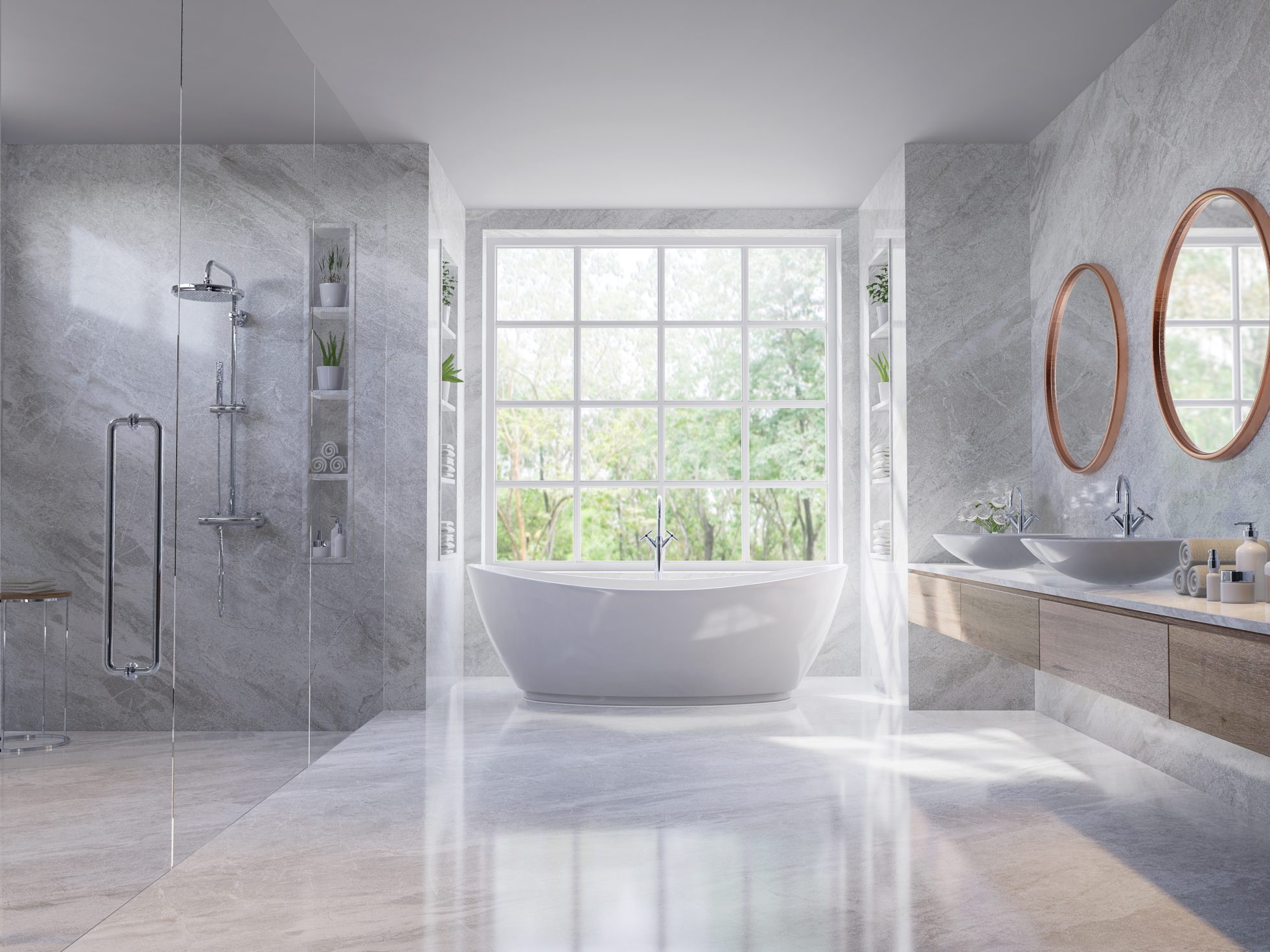 Avant-garde bathroom with a touch of colour

Bathrooms are for relaxation, and renovating your bathroom with an Avant-garde design is an excellent idea. Repaint your bathroom walls, ceiling, and cabinets or shelves with white paint to make it look brighter and more serene. This paint scheme is also excellent for small bathrooms because it will make your bathroom look more spacious. Replace bathroom fixtures like your toilet and sink with porcelain white ones to continue the theme.

To create a focal point in your bathroom, install a freestanding tub in black or grey. This touch of colour amidst a sea of white will automatically draw your eyes in and provide a nice contrast against the light-coloured surroundings. 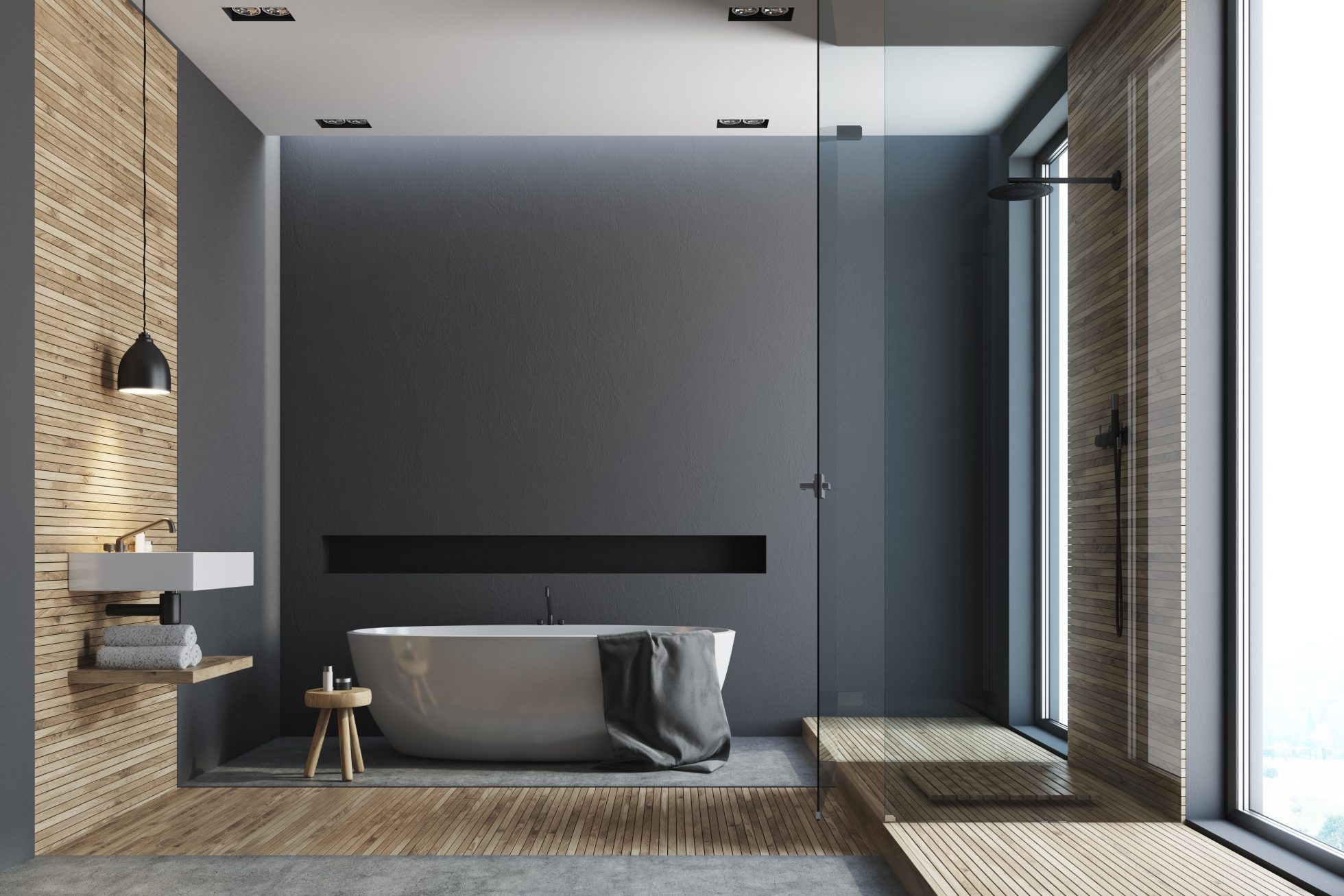 If you want to make your bedroom more modern, renovate it by replacing your wall materials with concrete. Exposed concrete creates interesting and subtle patterns that don’t require covering or painting over. You can ask your building designer to use diamond polish to give it a glass-like finish without destroying its natural patterns.

Use concrete on three walls of your bedroom but reserve the wall behind your bed and use a rock wall instead. Rock walls are great choices because of their natural texture, colours, and designs. It contrasts textures between the smooth concrete walls and the rough rock wall. 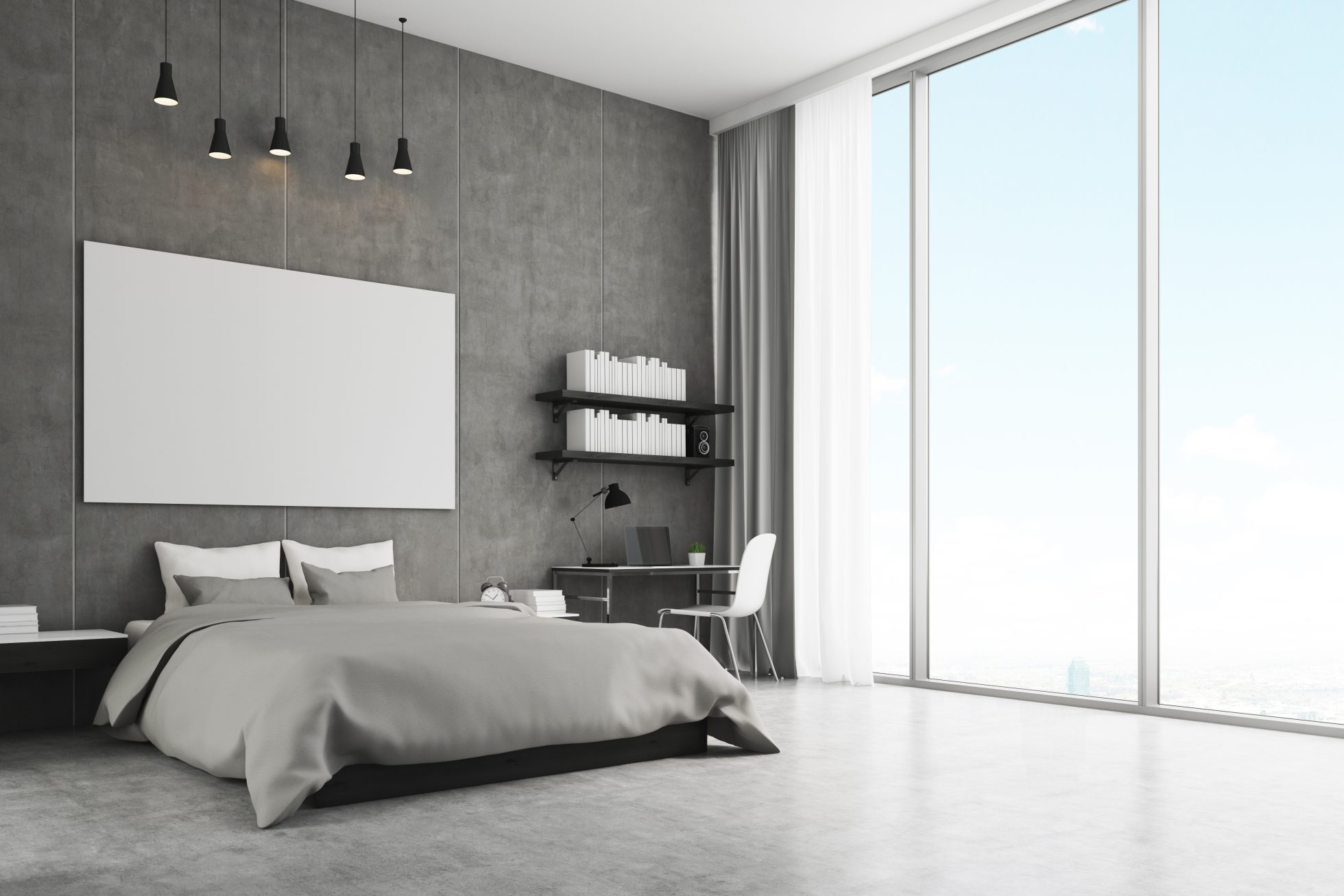 This modern architecture bedroom idea embraces the marriage of natural materials with differing textures. Instead of a wall covered in wallpaper or drywall, use natural marble as your bedroom wall material. Marble comes in various colours and designs, so you can choose one that suits your taste and budget. Marble is also an excellent bedroom wall material because it is cool to the touch and can help keep your bedroom from getting too warm.

To give your bedroom walls an interesting touch, use wood cladding either as an accent or cover one wall completely. These two materials are both natural yet have contrasting textures and colours, making them great choices for an interesting bedroom design. 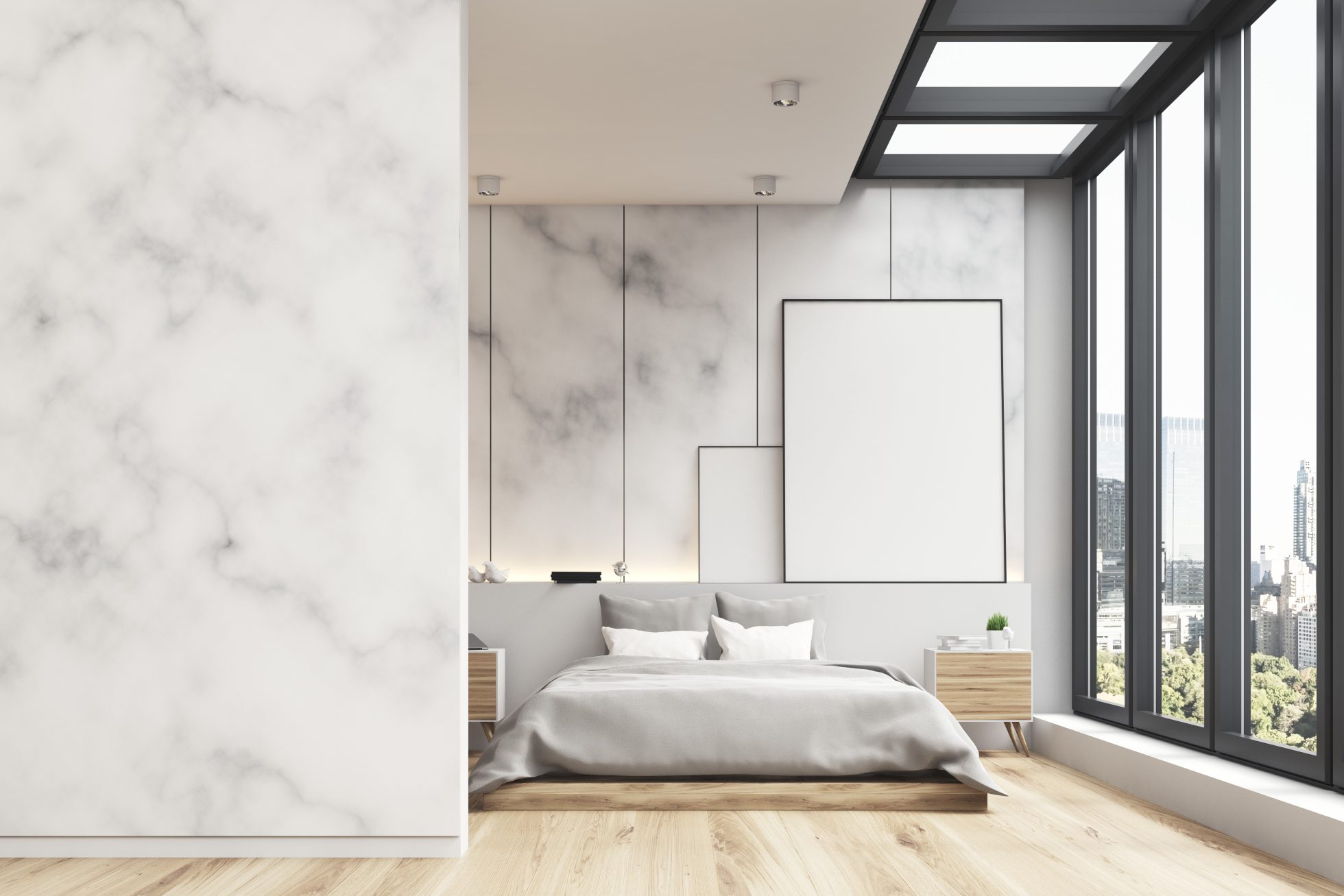 Modern and stark living rooms are not for everyone, so try to mix them up if you want a modern living room that still looks interesting and homey. Replace your living floor material with hardwood planks that are warm to the touch and make living rooms more inviting. If you have an elaborate ceiling, have your building designer replace it with a wood ceiling with exposed wood beams. Use high-gloss tiles or dark stained wood tiles for a jarring impact for your walls. This modern home renovation idea combines modern and rustic design elements to give you a living room that’s modern but warm and homey. 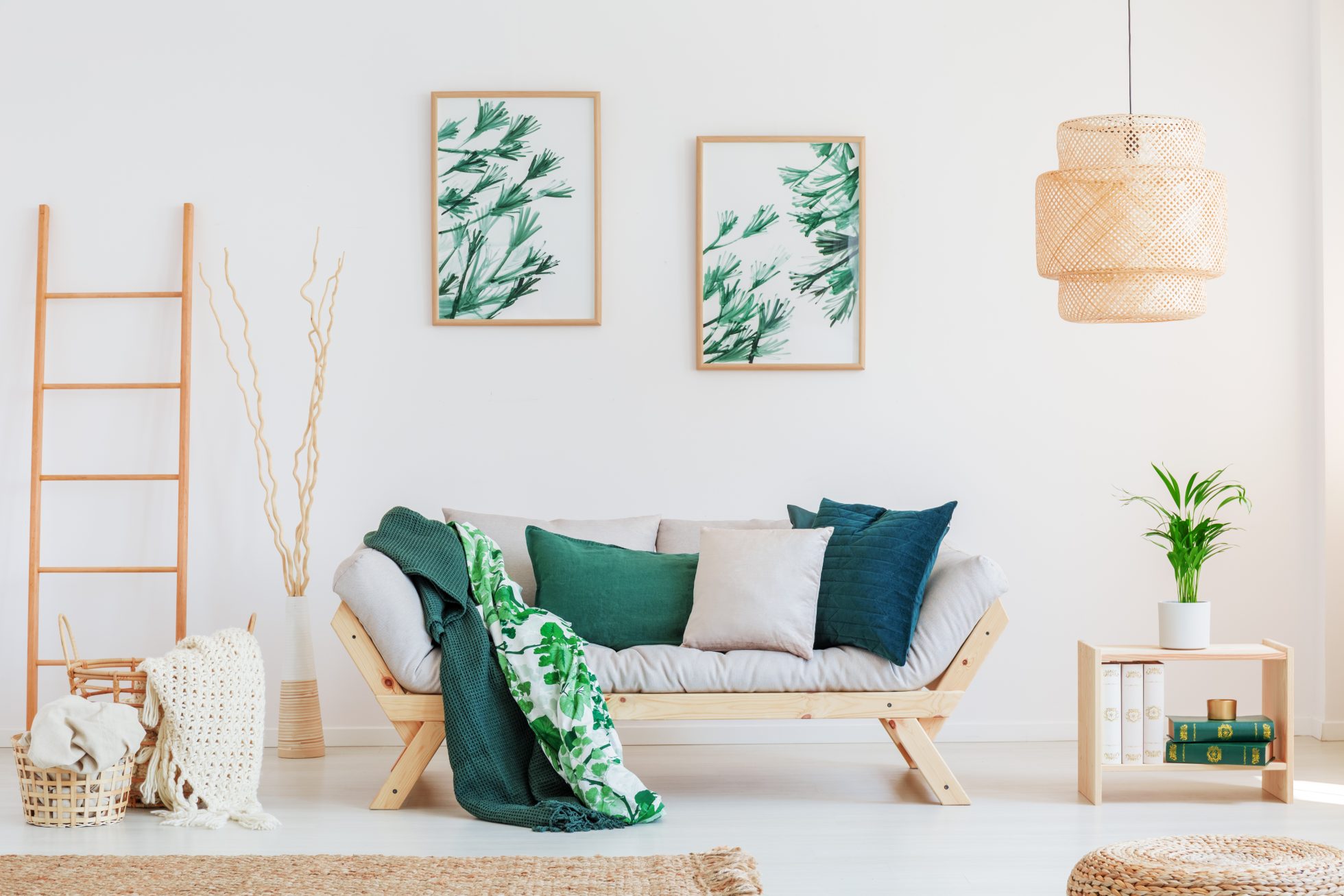 An open floor plan is one of the foundations of a modern home, and you can use this in renovating your dining area. Use an open floor plan to combine your dining and kitchen areas to give an illusion of space and continuity. You need to work closely with an expert draftsman because you may need to knock down walls that might affect the strength of your house’s foundation. You can install a skylight over the dining area to make it brighter with the influx of more natural light. Use a mute two-toned colour scheme, like grey and light green, to give your dining area some colour without making it look too flashy.

Renovating your home to make it modern is an excellent idea if you want a functional home without an over-the-top design. A modern home focuses on practicality and durability, making it an attractive option for homeowners. It combines modern materials with natural building materials to create a unique home design. If you are keen on having a modern home but don’t know where to start, Superdraft can help you.

Superdraft helps you connect to a talented building designer and draftsman in your local area to develop a renovation plan to make your home modern. Superdraft’s featured expert building designers work closely with homeowners to develop designs that focus on their needs while looking fantastic. Start transforming your house into a modern home by signing up to Superdraft today. Get a detailed quote for FREE once you’ve set up your account!

Look! This modern apartment's living room has no TV!

Steps to renovating for retirement for Australians this 2022