6 reasons to live in a modern Queenslander house

If you want a home with old-world charm but is designed for the fun and dynamic Aussie lifestyle, then you should consider living in a modern Queenslander house. This style of home has been around for more than 200 years, but it continues to be popular because of its unique design features and versatility.

In this guide, we’ll share some of the top reasons to live in a modern Queenslander house. We’ll also share some challenges you might encounter if you’re renovating one. 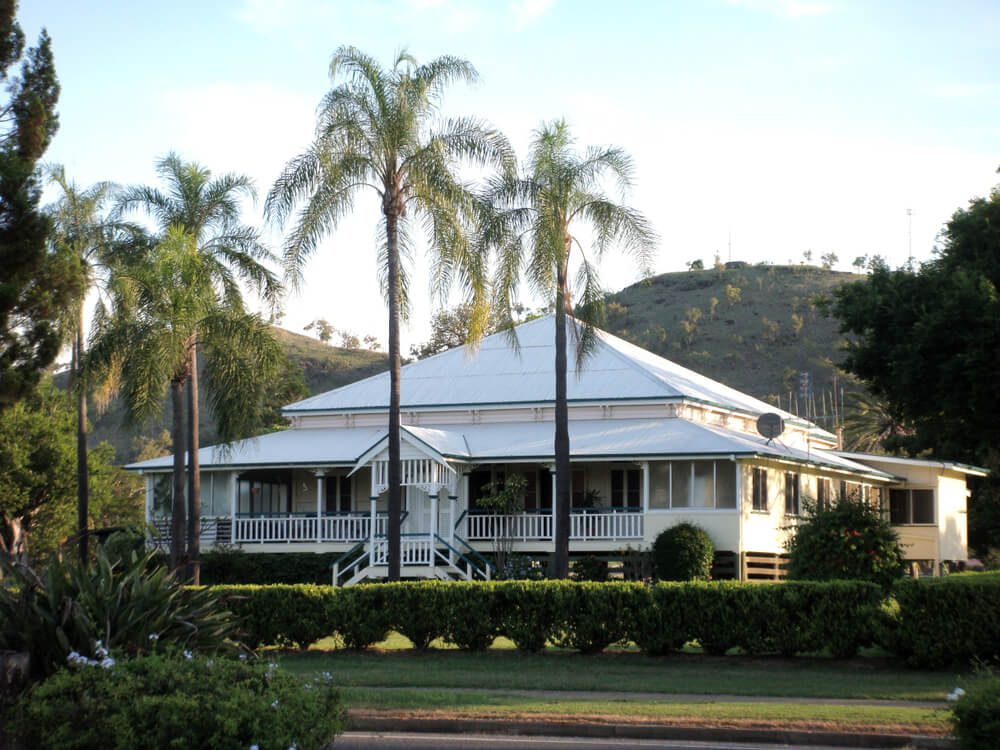 What is a Queenslander house?

The earliest Queenslander homes were built by British and European migrants in the 1850s. Since the homeowners were not used to Queensland’s hot and humid subtropical climate, they sought to create a building design that would provide relief from the sun while protecting them from heavy rain.

Surprisingly, the inspiration for Queenslander building design actually came from Asia. Australians who travelled all over the continent brought back the best of the architectural features they saw in China, India, and Cambodia.

Famously, they copied the idea of having a covered porch (now known as the verandah). The ornate iron lace and fretwork on traditional Queenslander homes were also inspired by Chinese architecture.

Traditional Queenslander homes became popular after World War I. Soldiers who were returning from the war built these properties to start and raise their own families.

Over the years, Queenslander homes have evolved to include some subcategories, including:

Today, Queenslander-style homes can be seen all over Australia. Many homeowners opt to build or renovate Queenslander houses because of their unique architectural features, practical design elements, and long history. 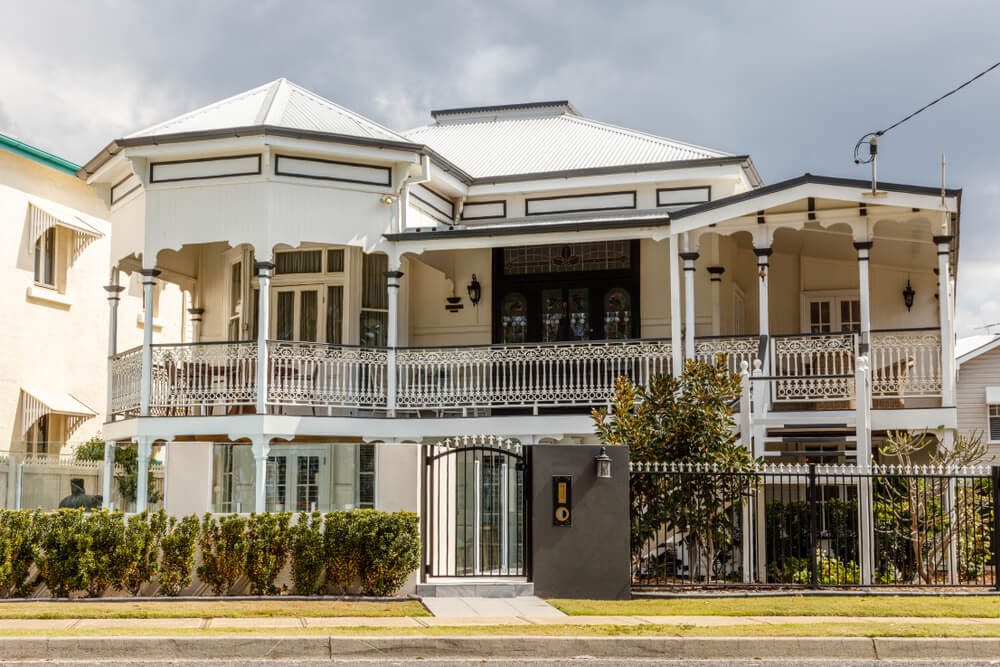 A modern Queenslander house has several architectural elements that make it different from other types of homes. Here are some of its most distinguishing features:

Queenslander homes are designed for outdoor living. They’re typically surrounded by wide, spacious verandahs where families and friends can relax and socialise. A verandah is also an ideal place for anyone to simply sit and enjoy the breeze and admire the view.

Queenslander homes are built on stumps. Though these stumps were traditionally made from timber, they’re now made from steel or concrete to ensure safety. Some designs from the 1920s onward also featured skirts that covered the top half of the stumps to add visual interest.

If you are building your own modern Queenslander house, you may also opt to add a basement or a living area underneath to extend your property’s floor area. 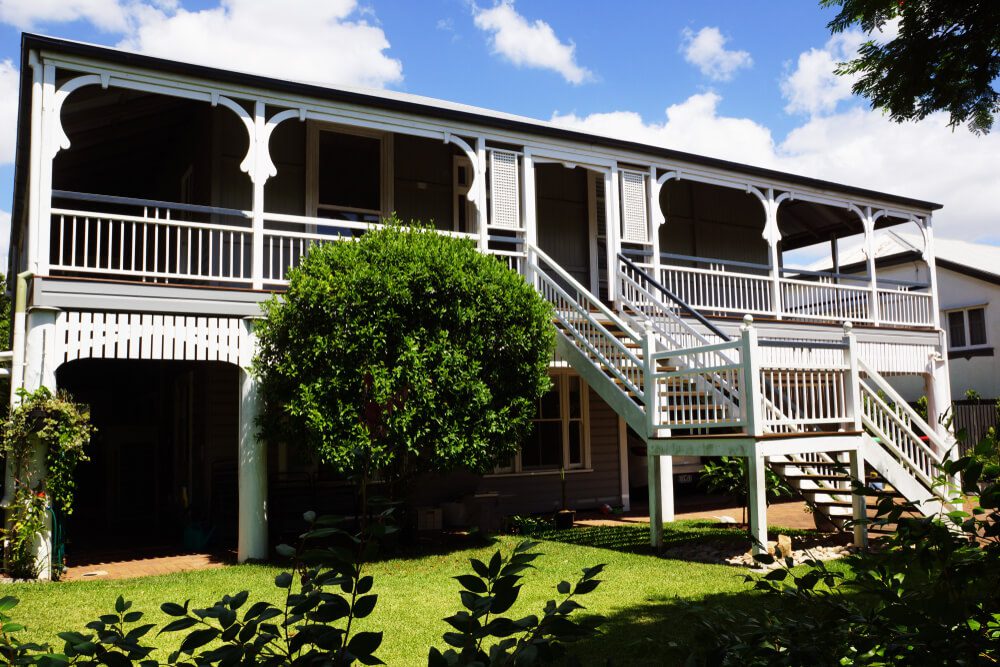 Breezeways are another unique feature of Queenslander houses. These are small airways above doors that allow the breeze to pass through. 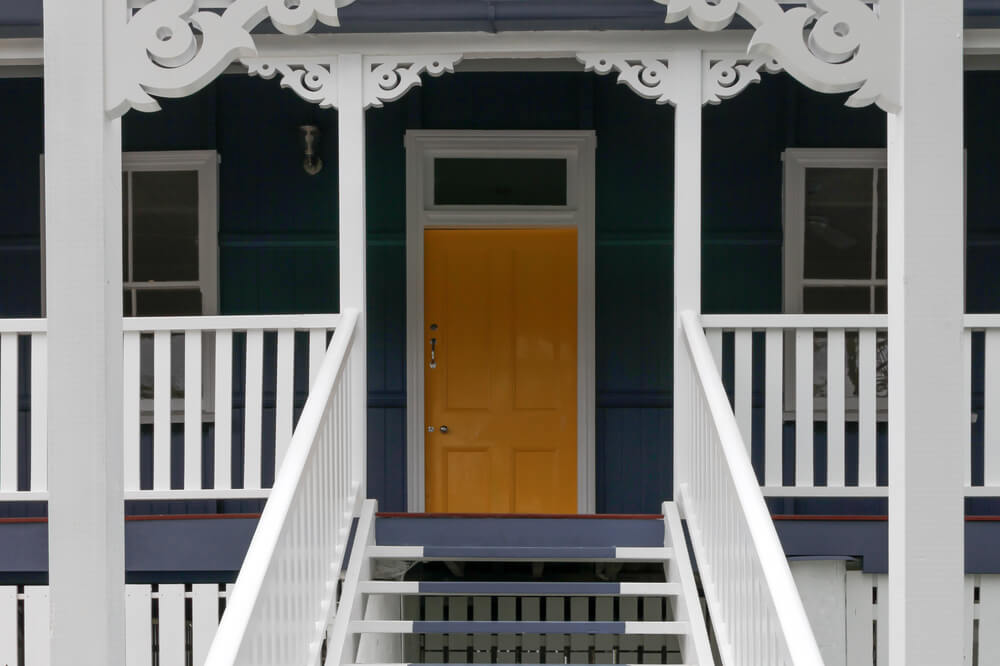 Queenslander homes typically come with corrugated iron or tin gable roofs. Aside from preventing rainwater from collecting, the tin roofs are also fire-resistant. Plus, this type of roofing gives the house a beautiful facade.

One key feature of Queenslander homes is the plantation shutters. This type of window treatment is great at helping homeowners control the flow of air and light inside the home. 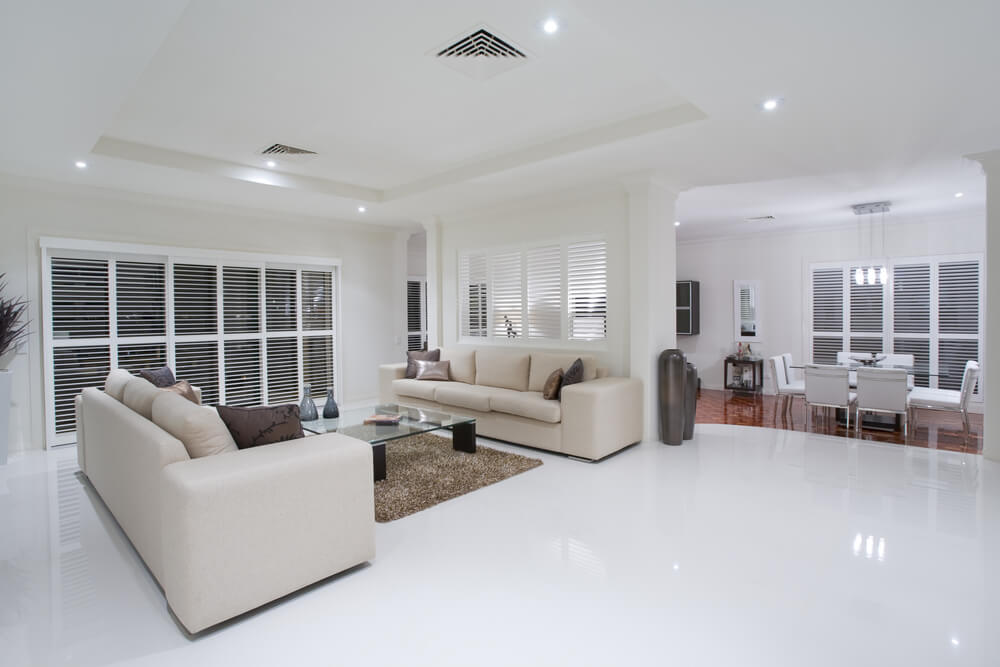 Queenslander homes typically have VJ walls, otherwise known as tongue and groove panelling. Not only do they add a lot of charm and character to the property, but they’re also economical and functional. Unlike smooth, flat surfaces, the panels add acoustic buffering.

Queenslander homes are known for letting in tons of natural light, which is why they typically have bay windows. Some people add a seating area to these windows where people can read or appreciate the views outside.

In some modern Queenslander homes, some parts of the verandahs have been enclosed to create another indoor living space. These spaces work great as playrooms or home offices since they’re usually bathed in natural light. 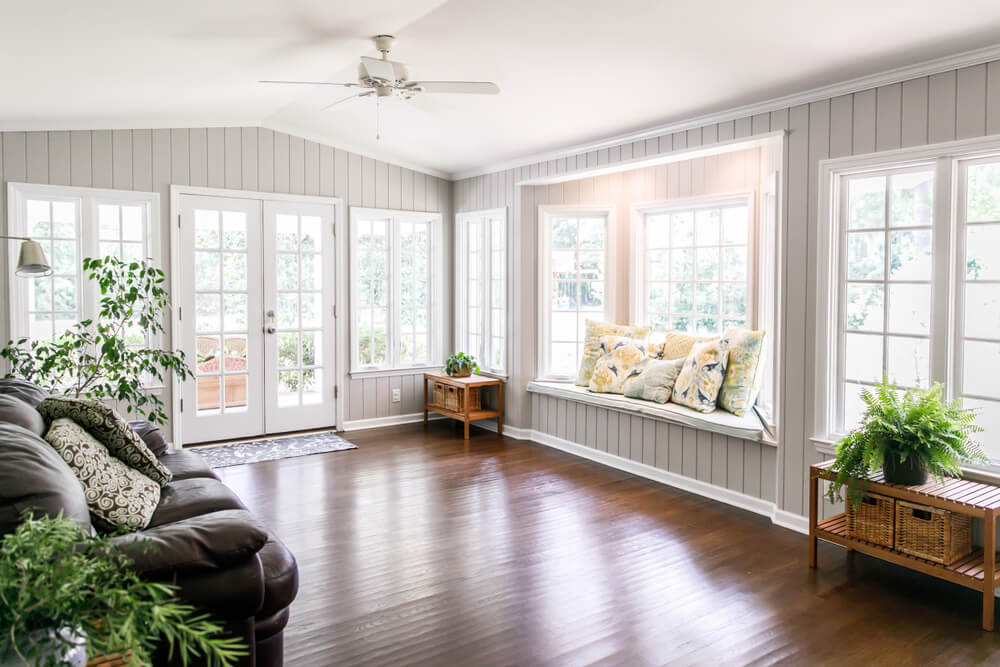 Advantages of living in a modern Queenslander house

Building your own modern Queenslander house comes with several benefits, including:

1. A modern Queenslander house has a cool temperature

A modern Queenslander house is perfect for the state’s warm and humid climate. Its unique building design allows cool air to enter the house and push out hot air. Not only does this improve indoor temperature, but it also prevents mould growth.

Moreover, most Queenslander houses also include side fins and wooden screens. These architectural elements protect the house from harsh sunlight and redirect hot air.

Finally, Queenslander homes are usually surrounded by trees to provide additional shade. This helps lower the indoor temperature even further. 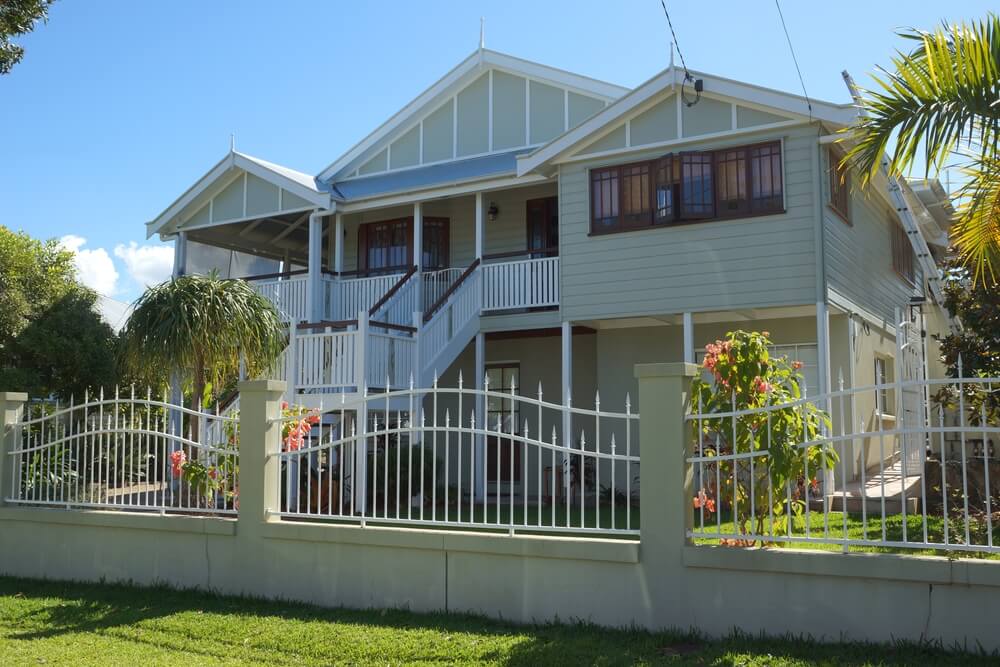 Since Queenslander houses are built on stumps, they can be built on wet or sloped ground. Additionally, you don’t need to do extensive groundwork excavation in order to build the house.

If ever you want to move to a different plot of land in the future, you can move the entire house to a new location. The unique design also allows Queenslander homes to be prefabricated in a factory and moved to your lot.

3. A modern Queenslander house is versatile

Depending on your family’s needs, you can use the area beneath the house as a storage space, laundry area, or carport. You can also ask your home builder to enclose the space and create a whole new room, which you can use as a lounge area, gym, or patio.

4. A modern Queenslander house may protect you from natural disasters

Check your local council for information on the right height and elevation for a modern Queenslander house. Your building designer and land surveyor may provide some advice on this, as well. 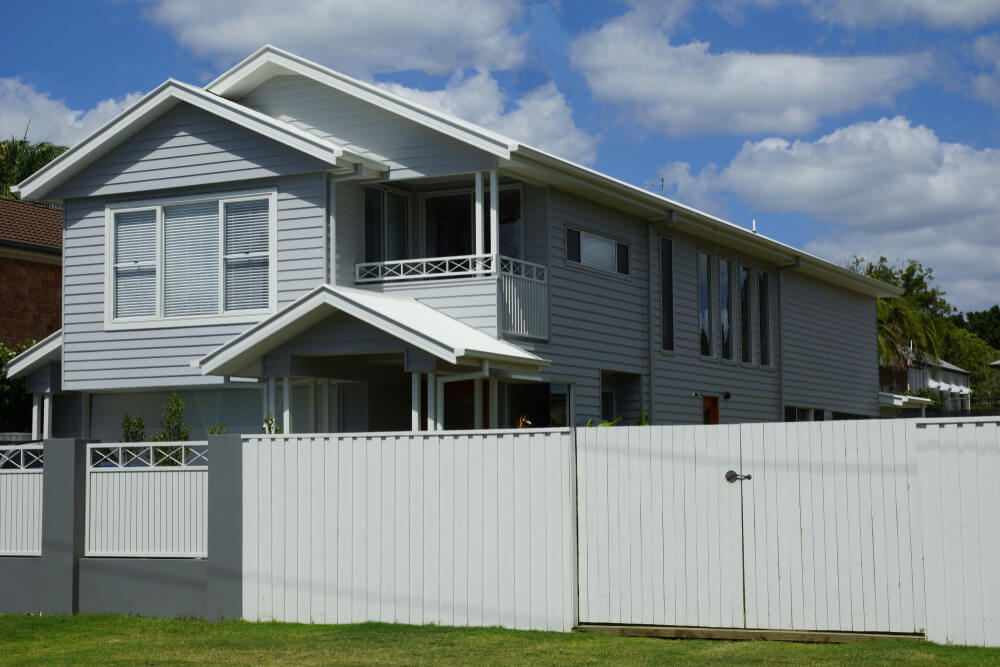 5. The building design is good for pest control

The Queenslander’s unique building design prevents termites and ants from entering the house. If you live further inland, setting your house on stumps may also protect you and your family from snakes, ticks, fleas, and leeches.

Due to its passive building design, a Queenslander home stays cool and well-ventilated all year round without the need for air conditioning. This lowers energy consumption and costs, without sacrificing comfort. If needed, the underfloor area could also be used as a makeshift refrigerator where milk and meat can be stored for short periods.

While Queenslanders are typically made of timber, a modern Queenslander house can also be built with prefabricated plastic cladding instead of wood to make them more environmentally sustainable. If you’re building your own, be sure to consult your building designer or home builder about using environmentally friendly materials.

Challenges in renovating a Queenslander house

Renovating and modernising a traditional Queenslander home can be delightful, especially if you love homes with plenty of character and history. However, you need to  be prepared for the challenges you may encounter, including the following:

Since traditional Queenslander homes were built mostly from timber, you might encounter plenty of rotten wood during renovation. This is especially common with the timber on window/door frames, doors, decks, and verandahs. Plus, extreme heat may cause timber to swell and shrink.

The timber shortage after World War II prompted builders to use asbestos cement and fibreboard claddings instead of wood. So, you can often see older Queenslander homes riddled with asbestos. You’ll need a professional to remove these safely since inhaling asbestos fibres can cause pulmonary issues. 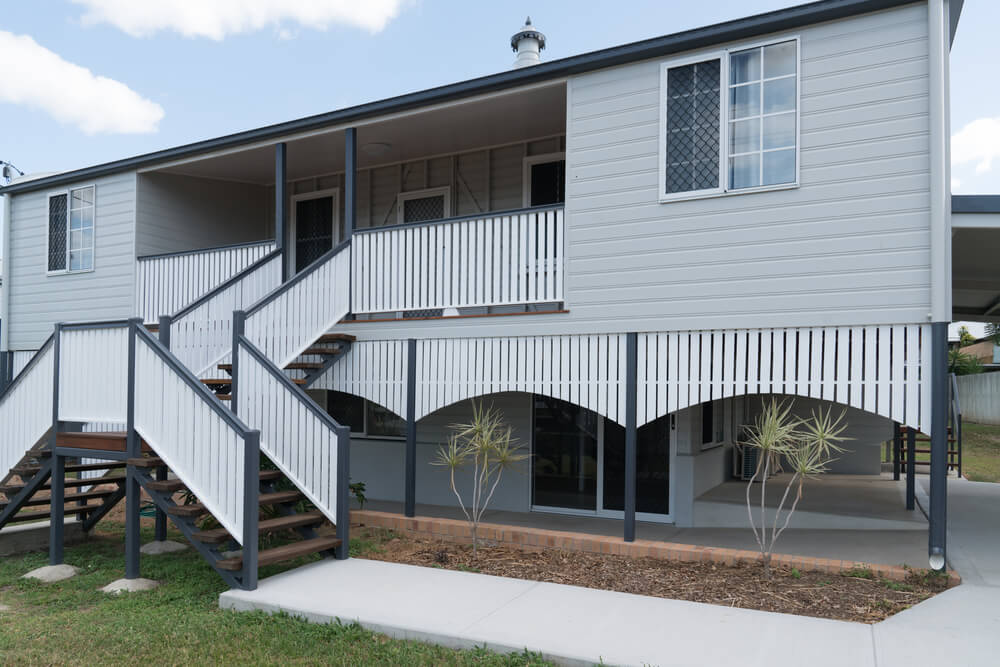 Older Queenslander houses usually require extensive rewiring. This is to ensure that the electrical lines stay safe and up to code. Rewiring also helps ensure that you have enough sockets to power up your modern gadgets and appliances.

If you want to learn more about how much your renovation project will cost, ask us for a free quote. Our friendly project consultants can also walk you through the entire planning and pre-construction process.

Old Queenslander homes are usually listed as heritage homes. This means that there are limitations as to what you can/cannot do in terms of renovation. Check with your local or state government if the property you’re interested in is a heritage home before purchasing. 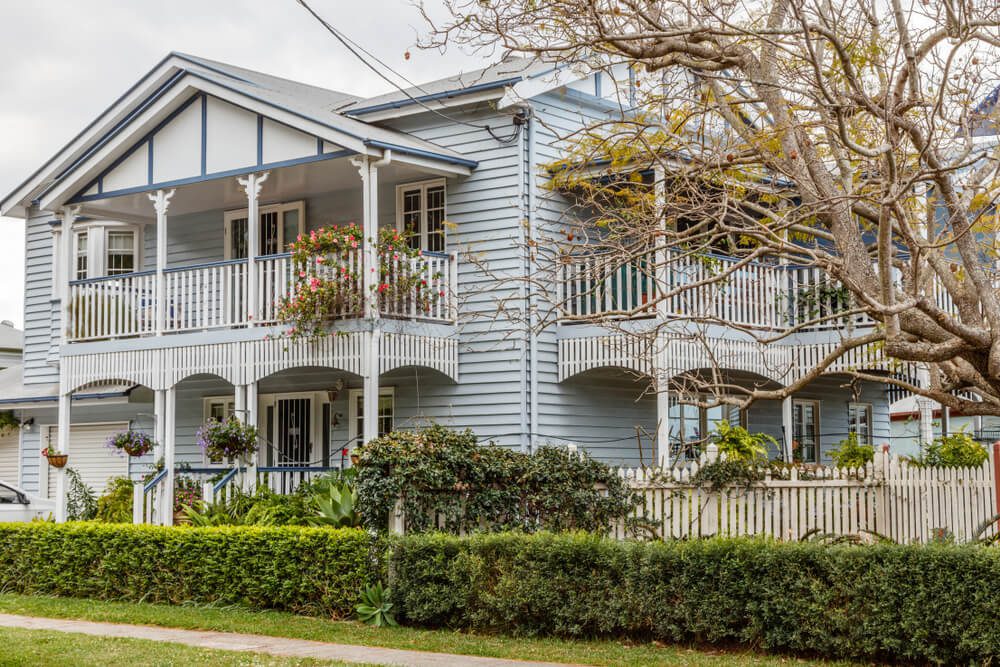 There are plenty of reasons to live in a modern Queenslander house. The unique building design encourages the free passage of air and also prevents homes from being damaged by floods or other natural disasters.

At Superdraft, we can help you build your own modern Queenslander house. Let us help you do the following:

Is building a split-level home worth it?

Gold Coast – a city of entrepreneurs